Sources say that the producers have suffered losses worth a few crores after the film’s release was deferred. 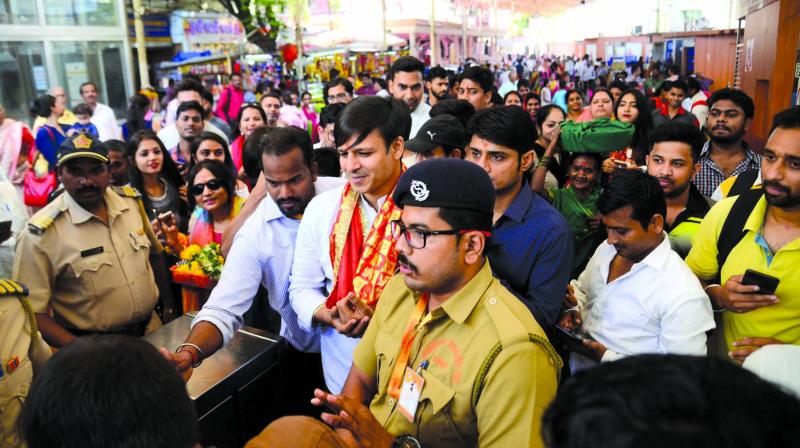 Vivek Oberoi is pretty upset about his film PM Narendra Modi being stalled by the Election Commission.

Vivek Oberoi is pretty upset about his film PM Narendra Modi being stalled by the Election Commission. But the actor and his producer Sandip Singh chose an interesting way to speak about the film. Instead of moving court, the duo visited the Siddhi Vinayak temple in Mumbai to seek blessings from the lord.

“We have made the film with a lot of passion and hard work. But we do not know as to why there are so many impediments in the release of the film. That is the reason why we visited the Ganesh temple. I have a lot of belief and faith in Siddhi Vinayak and hopefully our film will release at the soonest,” is all Vivek had to offer to the media after his offerings at the temple.

Sources say that the producers have suffered losses worth a few crores after the film’s release was deferred, as the EC wanted the film to release only after the elections so that the voter mindset is not influenced.

“The producers are still trying to get the film released before the elections as they have spent quite a bit on the promotions and they will have to do the whole hog again if the film is postponed by a few weeks,” says a trade source.