Quantico faces the axe, What Next for PC?

The popularity of the show has been waning and it was suspected that the axe might fall on the show. 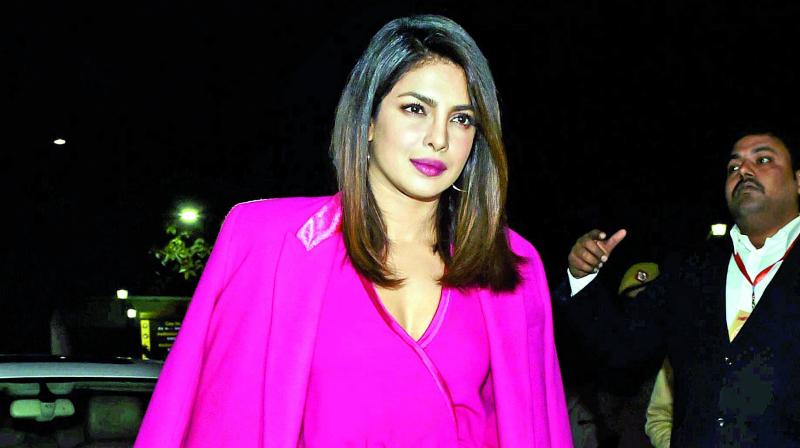 There is some discouraging news for Priyanka Chopra’s efforts to strengthen her international career as the American television production company, ABC, has decided to terminate her signature show, ‘Quantico’.

The popularity of the show has been waning and it was suspected that the axe might fall on the show. With ABC canceling the show, Priyanka will lose her biggest claim to fame in America.

More than any of her other activities in the US, it is her association with Quantico, and her popular character, Alex Parrish, which have brought her fame.

While Priyanka was most excited to have shot for the show in Tuscany, her association with the show has only lasted three seasons.

The end came abruptly as Priyanka is simultaneously focussed on rebuilding her career in Bollywood by signing a film called ‘Bharat’ with Salman Khan.

A source in the know feels Priyanka was not entirely unaware of Quantico’s fate. “She had seen it coming. This is why she was eager to sign a new Hindi film after a gap of nearly three years,” says the source.

But can Priyanka reclaim her Indian market? Her last Hindi release, Prakash Jha’s Jai Gangaajal, was a disaster. Would Salman, who has played savior to many damsels in distress, author Priyanka’s comeback story in Bollywood? Only time will tell.