Entertainment   Bollywood  13 May 2019  Brahmastra should be out next summer: Ranbir Kapoor
Entertainment, Bollywood

Brahmastra should be out next summer: Ranbir Kapoor

After Brahmastra, my next release is Shamshera and hence Luv Ranjan’s film will need to go ahead. 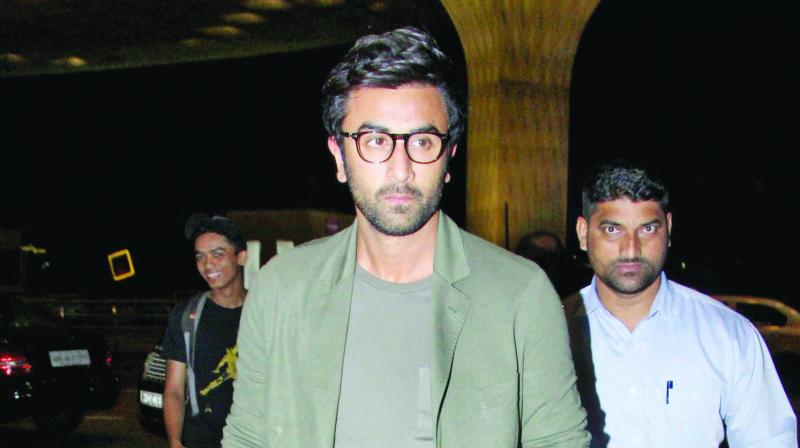 Not much of a talker, Ranbir Kapoor is an actor who lets his work speak for him. However, at a recent event, the Sanju actor shed all inhibitions and spoke candidly to the media, answering queries the media and fans have had for a long time.

When the actor was asked about the postponement of Ayaan Mukherji directorial Brahmastra, he revealed that they haven’t set a deadline for the film and finds it unfortunate that the film could not make it to the December date.

“Ayaan has worked very hard and he has really given his life to this film. We have been working on Brahmastra for the last six years, and everyone involved —Alia, Mr. Bachchan, Pritam and Karan have given it their best. The December date couldn’t work out because of the computer graphics, as the CG would not have been ready,” he says.

Ranbir believes that film delays do not reflect well on an actor’s career graph. “My last film Sanju released last year and my next will come after two years. So, it is not good for an actor to have such a long gap. But it is not really in my hands. As long as the film is made well, as long as you work really hard, that is what is important. We are not giving the film any deadline, but it has to be made and released well,” says Ranbir adding that the postponement of Brahmastra will affect his other films too.

“After Brahmastra, my next release is Shamshera and hence Luv Ranjan’s film will need to go ahead. Because the audience too will get bored if they see three of my films in one year so that will also be pushed ahead. But yes, Brahmastra should be out next summer,” says the actor, who will resume shooting for the fantasy film this week.

Work is important, but so are breaks and Ranbir spoke about his recent trip to Europe. “I went to Berlin for some work on Brahmastra and then went to Europe to chill under the sun because some vitamin D is good for health. And now I am back to Brahmastra,” says the actor with a smile.

The actor also mentioned how action movies come as a bit of a challenge as he is more acquainted with romantic comedies. “I am shooting simultaneously for both Brahmastra and Shamshera which is very difficult and both of them have a lot of action. But I am having fun,” Ranbir avers.

At the event, when he was asked about the suggestion to convert RK Studios into a museum, the actor echoes his sister Kareena Kapoor Khan’s views that it is not a structure, but their work that will take the RK legacy forward. “RK Studios became what it is because of my grandfather. You feel sad that the studio will not be there, but I would like to take the legacy forward in producing and making movies,” he assures.

Talking about his father Rishi Kapoor, who was declared cancer free and will be back to the bay in a month or two, Ranbir informs us that he is doing much better. “His spirits are up and there is a lot of positivity from a lot of people. It has been a hard one-year for him. His only desire and endeavour is to come back to the movies and act in them. This one-year sabbatical has been a setback for him, but he is really doing well for himself,” he says.

Finally, the actor also responded to Kangana Ranaut’s charge of  him being “irresponsible” for dodging a political question in an interview. He says, “Whatever anyone asks me, I do reply. But I am not interested in answering some questions. Let people say what they want. I know who I am and what I am.”