Heroine’s Role to be Cut Down in Rakesh Sharma Biopic?

The latest on Salute is that the makers have chosen to cut down the leading lady’s part and offer it to a secondary or a new actress. 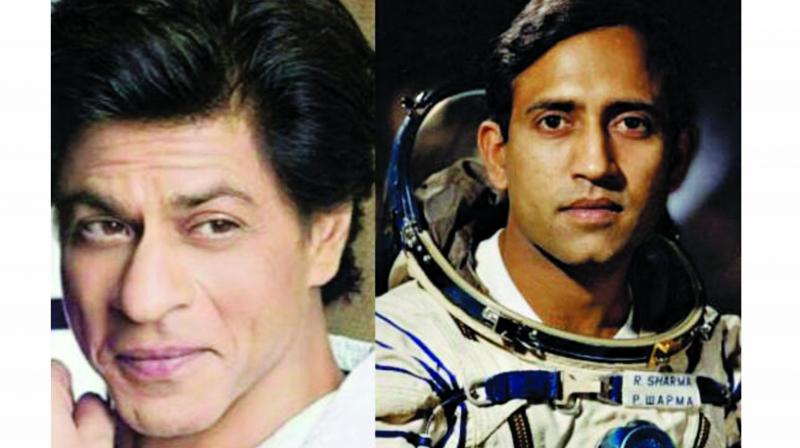 Shah Rukh Khan is playing the lead role in Salute.

Even as we rejoice over the empowerment of female actors in films like Hichki, Veere Di Wedding, and Raazi, there comes the dismaying news that the role of the female actor in Salute is going to be pruned. The film is a biopic on astronaut Rakesh Sharma and is to be directed by Mahesh Mathai. The reason for shortening the role — no major actress is willing to play the part of the astronaut’s wife.

For those who haven’t been following news about the film, the Rakesh Sharma biopic was to star Aamir Khan, who opted out. Now, Shah Rukh Khan is playing the lead role in Salute. Apparently, Priyanka Chopra and Kareena Kapoor Khan were approached to play Mrs. Sharma, but they both felt they would be nudged out of the limelight and the script by the overpowering male protagonist.

The latest on Salute is that the makers have chosen to cut down the leading lady’s part and offer it to a secondary or a new actress. The logic applied seems to be, why invest so much time, energy and money on an A-list heroine, when the focus is on Shah Rukh Khan playing Rakesh Sharma?

So much for women empowerment.