The actress opens up about maintaining work-life balance and how the inspiring women in her family are helping her achieve it. 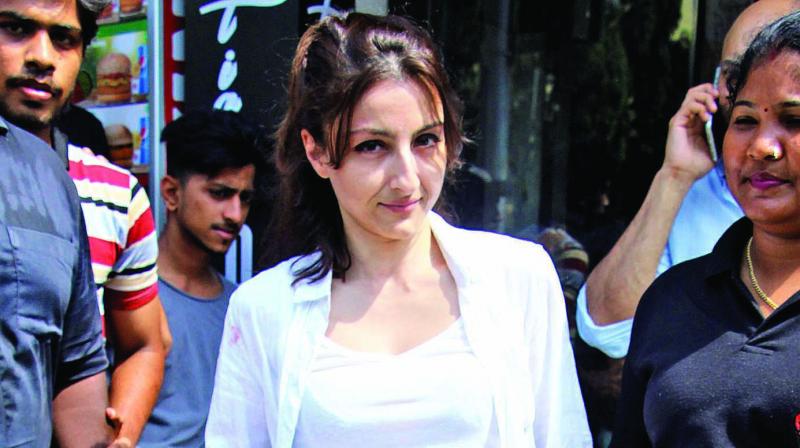 Soha Ali Khan might have taken a back seat from acting after becoming a mother, but the actress says she has liked two projects which she is keen to take up.

“I think I am very selective and it gets very difficult. I keep talking about balancing work and personal life but I think the balance has gone out of my window and I am very obsessed with my daughter Inaya,” she says.

“I am okay doing short term commitment. If something interesting comes my way I will take it up. I have been offered a digital series and a film, and both of them are tempting. I am seriously considering them,” she adds.

Her mother Sharmila Tagore and sister-in-law Kareena Kapoor Khan have set an example to many mothers, and Soha say it is very encouraging. “I have no idea how I am going to do it,” she says. “I am surrounded by people who have genuine work-life balance be it my mother or my sister-in-law, and it’s good for me and its good for Inaya for her independence. But the project has to be really really special because she is really cute,” she laughs.

Continuing on about her family, Soha says she is proud of her niece Sara Ali Khan, who has made it big in the Bollywood. “I am very proud of her. She has always been very confident and strong as a personality; I think she is living her dream. I met her recently and asked her if she is happy and she said she is having fun. And that’s what matters. I am incredibly proud of Sara; she has a long, long way to go,” she smiles.

Switching gears, Soha also speaks about actresses who have been the victim of body shaming and says, “Actors are comfortable in their own skin. The more we accept diversity, it is only going to make for a healthier atmosphere for us and children.”

“Body shaming is still there, but it is in the minority and the kind of support you get from other people when that happens is encouraging because  you don’t even need to respond, as so many people respond in your behalf,” she adds.

Also talking about paparazzi culture she says that it doesn’t bother her, and that it is a part of her life. “I know it’s unusual and it sometimes worries me, thinking about the psychological impact on the children. You want them to have an innocent childhood, and if they are going to be followed by media they are going to think it is normal. You just want them to be normal. What I like about media is that they respect our wishes, they do listen. If you request them they do step away,” she concludes.