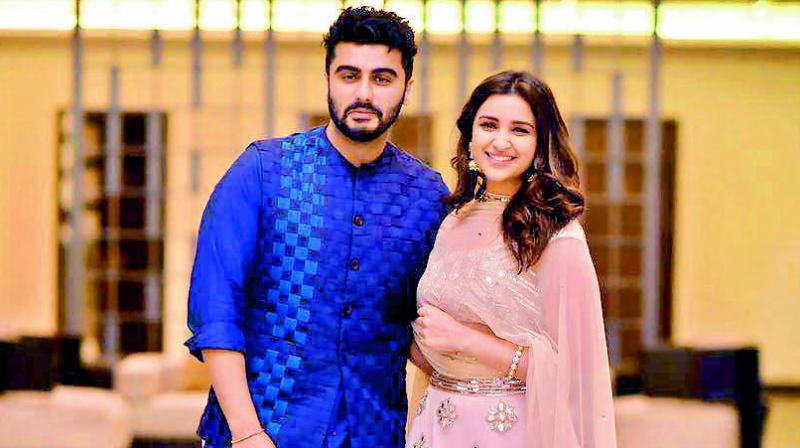 Parineeti Chopra, who made her Bollywood debut opposite Arjun Kapoor in Ishaqzaade (2012) and worked with him again on Namaste England (2018) together, is still fond of her first-ever co-star.

The actress, who has already teamed up with Arjun again for Sandeep Aur Pinky Faraar, reveals that he will always be her first and favourite co-actor.

“Ishaqzaade was our debut movie and undoubtedly he will always be my first and favourite actor,” gushes the actress adding that she also enjoyed working with Ayushmann Khurrana on the sets of Meri Pyaari Bindu. “

We bonded a lot on music. In fact, Sidharth (Malhotra) too, he and I have been friends since Hasee Toh Phasee,” shares the Jabariya Jodi actress during a live session with her fans and media on the second anniversary of social media platform.

Although Parineeti’s first film was Ladies vs. Ricky Bahl, Ishaqzaade was released first and hence the actress marked her official debut with the Habib Faisal directorial. She feels that it was a different kind of growing up on the set.

“When we were shooting for Ishaqzaade, my other movie Ladies vs. Ricky Bahl wasn’t released yet so I had not become an official actor by then. But as soon as it got released, I received so many debut nominations and I suddenly started feeling different going back to the sets of Ishaqzaade. It was a different kind of growing up,” says the actress.

Parineeti also revealed a fun anecdote from the sets of her last year’s release, Kesari.

“Akshay (Kumar) sir loves playing online Ludo. He used to play with money with all of us on the sets and he always used to tell me, ‘You haven’t paid me a single penny to so far,” she laughs before signing off.