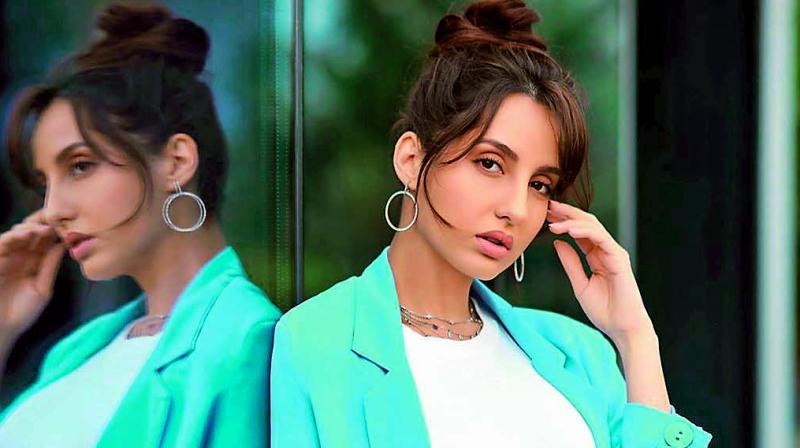 Nora Fatehi has proved to be among one of the top dancers in the film industry presently.

But now, she is appearing to quickly move on from merely doing dance numbers to getting acting roles in movies, which also appears to have added to the actress’ confidence levels.

Sample this: Nora’s has been known for her dance moves in hit songs such as Garmi and Lagdi Lahore di from Street Dancer 3D, Dilbar from Satyamev Jayate, Kamariya from Stree, Ek toh kum zindagani from Marjavaan, Pachtaoge from Jaani Ve, and Rock tha party from Rocky Handsome in Hindi, as well as Kurukku from Ravi Teja’s Kick 2, Nrithageethikalennum from the Malayalam hit Kayamkulam Kocchuni, Ittage rechchipodam from Temper in Telugu, Manohari from Baahubali and Napere Pinky from Kalyan Ram’s Sher.

Nora had made her film debut with the film Road: Tigers of the Sundarbans. While filmmakers have unrestrictedly utilised her dancing talent, they have also tested her acting chops.

A source close with information on the matter acknowledges to us that Nora is considered a talent in the industry.

“Nora is indeed the best talent we have in the film industry as a dancer. However, those who saw the rushes of what she had done in the Ajay-Devgn starrer Bhuj: The Pride of India are very happy with the way Nora has evolved as an actress, too,” the source says.

Also adding that Nora had actually stepped into a role in the movie, which was vacated by Parineeti Chopra because of date issues, the source stated that while the rest of the shooting is to take place, the film will go on an OTT platform soon. “Nora has also been working a lot more on her acting during the lockdown,” inserts the source.