The caption of the post is indeed giving a major hint about their relationship with each other. 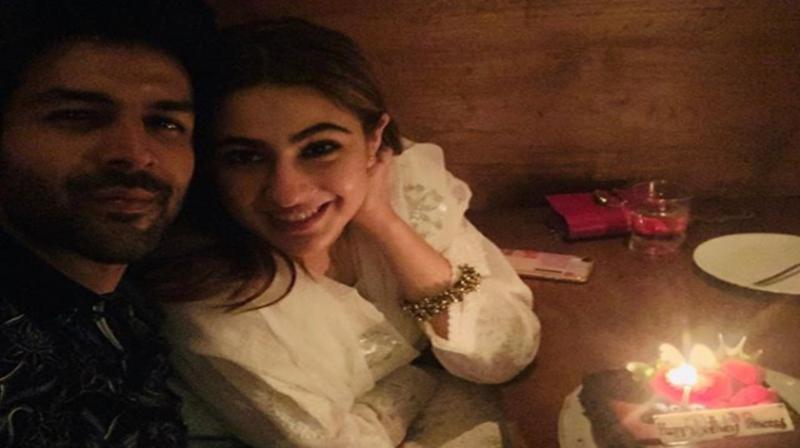 Mumbai: On August 12, 2019, Saif Ali Khan and Amrita Singh's daughter Sara Ali Khan turned 24 and on this special day, the actress celebrated her birthday on the sets of her next, Coolie No 1 which also stars Varun Dhawan.

Apart from the cast and crew of Coolie No 1, Sara Ali Khan's rumoured boyfriend Kartik Aaryan flew down to Bangkok to celebrate his lady love's special day. Sharing an adorable picture with Sara, Kartik wrote, "Happy Birthday Princess @saraalikhan95 .And Eid Mubarak (this time without the mask )."

Earlier, Sara had also visited Lucknow to spend time with him. The duo was spotted at various places in the city of nawabs. Meanwhile, Sara's next Coolie No 1 is the remake of old Coolie No 1 starring Govinda and Karisma Kapoor.

Apart from Coolie No 1, Sara and Kartik will be seen in Imtiaz Ali's next untitled film. Also featuring Randeep Hooda, Sara and Kartik's next is scheduled to release on the occasion of Valentine's Day - February 14, 2020.