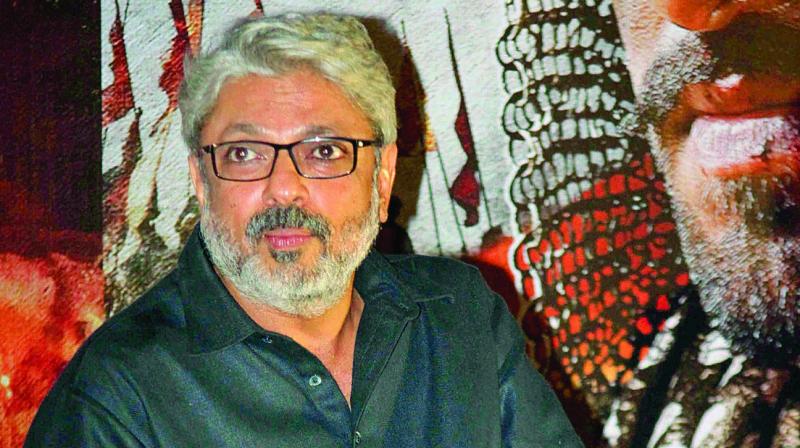 Sanjay Leela Bhansali was elated to hear that he had been given the National Award for Best Music Composer for his songs and background music in Padmaavat. He says it was like a long-desired dream come true.

“I’ve always wanted to be recognized for my work as a music composer. Ever since I started officially composing my own songs in Ram Leela, it’s been a new journey and a new avenue of exploration for me,” he says.

But between Padmaavat and Inshallah, he also composed music for his production Malaal, the debut film of Meezaan Jaaferi (son of Javed Jafferi) and Sanjay’s niece Sharmin Segal. The filmmaker says it was not easy doing music for a film that was directed by another director (Mangesh Hadawale). “I had to constantly keep Mangesh’s vision in mind while creating the songs. It was a tightrope walk. While my own vision as a composer prodded awake the songs, they finally had to convey what the director wanted.”

Much akin to SLB, one now hears that even director Ali Abbas Zafar is creating his own song, but for Bharat. This begs the question that are we moving towards a trend of film directors serving as their own music composers?

“There is a genuine music composer dormant in many filmmakers,” says Sanjay. “Raj sahib (Kapoor) used to compose a lot of his music in his own head. Then he would share his creations with Shankar-Jaikishan, who would then mould the compositions into a sophisticated work of art. Another great filmmaker, the underrated Raj Khosla was a singer-composer who collaborated with Laxmikant-Pyarealal for some fabulous music,” he adds.

As a music composer, Bhansali admits his greatest inspiration impetus and motivator is Lata Mangeshkar. “My greatest compliment as a music composer came to me from my idol Lata ji for the music of Bajirao Mastani. Lata ji has inspired all my films. She told me that the ‘latpat latpat’ opening of the song Pinga was from her song in V Shantaram’s Amar Bhoopali. She said she liked my songs and the way I’ve filmed them. Then she affectionately said, ‘Aapne mera latpat latpat utha liya.’ (You picked up by ‘latpat latpat’ line). I humbly submit that it is indeed true.”

He adds that there are other influences simmering in the soundtrack. “I am also proud to say that  Deewani Mastani is completely inspired by Laxmikant-Pyarelal’s style of composition. Bajirao Mastani is a tribute to Lata ji’s voice, the music of Laxmikant-Pyarelal and the cinema of K Asif and V Shantaram,” he says.