Apart from Padmavati, the actress will also be seen essaying the role of Sanjay Dutt’s daughter in Bhoomi. 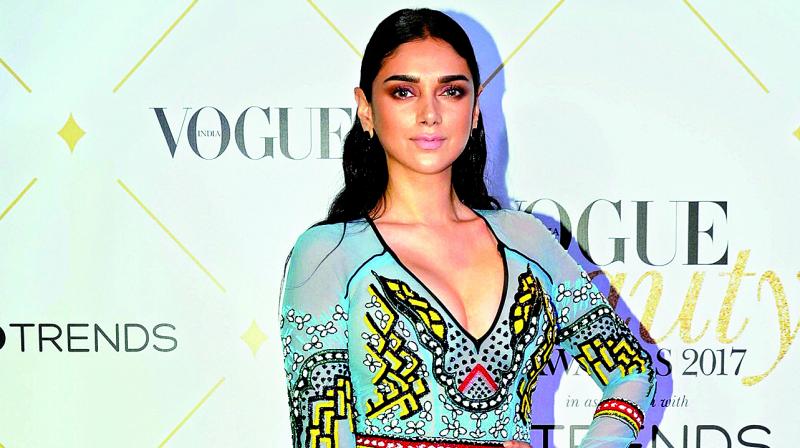 Aditi Rao Hydari has undoubtedly made the right moves in her career. Pretty early on in it, she’s had the fortune of working with not just Mani Ratnam, but also Sanjay Leela Bhansali, in his next Padmavati.

The actress reiterates the one fact all actors who have worked with SLB say — he’s a strict director. “He’s a taskmaster,” she confesses. “I feel I enjoy working with such people, who like to challenge you, put you in a difficult situation that gives you an adrenaline rush out of it. Sanjay sir is very strict, and won’t let you go till he gets his shot right.”

She adds. “It’s very difficult, but he brings out the best out of you. And he’s doing this because he has the passion for cinema — every single frame, every since scene. What more can I ask for as an actor?”

Aditi, who has a lot of scenes with Ranveer Singh, reveals he was her first hero. “Ranveer is very focused, but off the sets he’s a lot of fun. We both worked together seven years ago on a project, when we were both unemployed. So we have that bond. Ranveer is my first hero, and I’m his first heroine. We’re very comfortable with each other. It’s a lot of fun working with him.”

Apart from Padmavati, the actress will also be seen essaying the role of Sanjay Dutt’s daughter in Bhoomi. What does she make of the comparison with revenge sagas like Maatr and Mom with Bhoomi? “I haven’t seen the movies,” she confesses. “I’ve heard a lot about Mom, but every movie is different. The situation is different, and circumstances are different. It’s not like three people are making the same biopic. Crime against women occurs in so many different ways everyday that we can make one movie on this chapter, and have a new story every time.”

Recalling the violent scenes she had to shoot for in Bhoomi, Aditi adds, “It was very terrible. Usually, I’m fine with crime, fighting, love making and intense scenes — nothing bothers me. I would never have problems. But all the physical stuff was terrible. You’re being manhandled, pushed around… it was really bad; it’s horrible. I’m not saying what the situation is. It’s violence, and it makes you feel humiliated. At one point, I felt so humiliated, I burst into tears.”