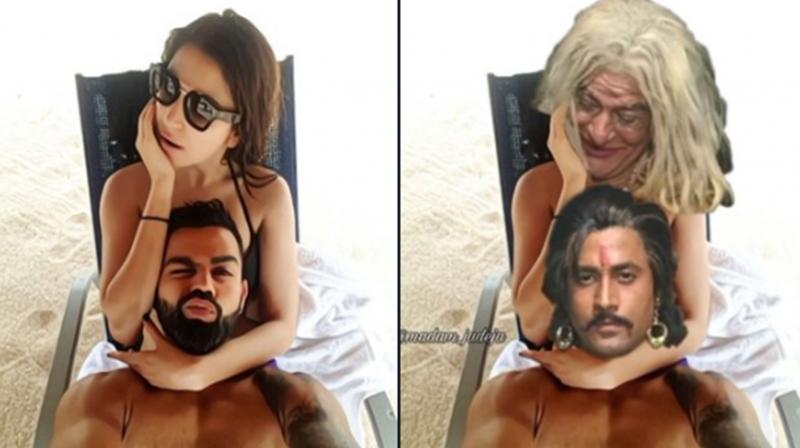 Mumbai: Anushka Sharma and Virat Kohli have always been keeping fans updated with their day-to-day activities. The duo always shares their romantic pictures on social media. However, the latest picture of Virushka has sparked the meme festival on the internet.

Well, in this picture, one can see Virat and Anushka spending quality time with each other. Anushka and Virat in their cosy photo are looking hot as hell. However, the picture has also become a topic of a meme on the internet. The memes on Virat and Anushka's beach pictures have gone viral and they are laughter-worthy.

This cracked me up 🤣🤣🤣🤣 #AnushkaSharma #Bollywood pic.twitter.com/y0rexos4Wb

Meanwhile, a day back, Virat and Anushka were in New Delhi for the name change ceremony of Firoz Shah Kotla stadium to Arun Jaitly stadium.