Entertainment   Bollywood  13 Sep 2020  Queen of content, Ekta Kapoor explains how her success is anything but coincidental
Entertainment, Bollywood

Queen of content, Ekta Kapoor explains how her success is anything but coincidental

With several successes and high TRPs, Ekta soon established herself as the untitled queen of television 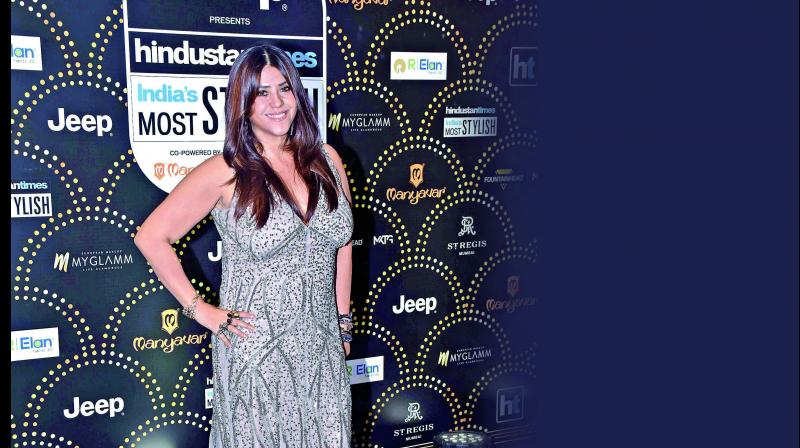 The all-in-all of Balaji Telefilms Limited, Ekta Kapoor, had ventured into the content-oriented space back in 2001, when she first launched Balaji Motion Pictures with the soap-opera Padosan to Nagin.

With several successes and high TRPs, Ekta soon established herself as the untitled queen of television. Then, in 2017, she launched the OTT platform, ALTBalaji.

Despite being a home-grown OTT player with much lesser economical resources than her counterparts such as Netflix and Amazon Prime or Disney Hotstar, ALTBalaji has come a long way.

It would be natural to assume that Ekta has been blessed with the Midas touch, turning everything she touches into gold.

In the following interaction, Ekta tells us how none of her successes have been coincidences.

“I owe my success to my hard work and my involvement in my shows right from the writing stage,” says Ekta. Then, expanding on it, she continues, “When we start any project, be it a movie, television show or web series, the objective is to ensure that the narrative is unique and to the point. Added to it, we have a talented bunch of writers —managed by a professional team of supervisors — for various shows, different from each other and catering to different audiences.”

Given that ALTBalaji is seen as the alternative to mainstream entertainment, how different is the process of considering a story for a web series?

“We believe in creating shows that appeal across genres and segments, with narratives that are untold,” says Ekta. “Our shows, which are a mix of thrillers, dramas (both youth and adult), romances, horror and comedy, currently streaming on the platform or in the pipeline, have been created keeping in mind the audience’s interest across demographics and sociographic segments.”

Ekta also has been synonymous with home audiences and the masses. But she explains it to be so because right from the start, the company realised that growth comes from reaching out to the masses spread across the country, with shows that also appeal to urban women and youth.

“I’ve always wanted to make non-region-specific shows for Tier 2 and Tier 3 cities,” Ekta points out. “And the company consciously creates shows catering to the demand of the people, and we’ve witnessed significant growth in subscription in that space, despite the lockdown phase with our affordable app.”

Yet, Ekta doesn’t have a mantra for success other than ensuring the subject or script of a show that makes sense to its target audience. “I believe any story created with full conviction will always thrive in the hearts of the audiences,” adds Ekta.

Always trying to achieve a fine balance between her personal and professional life, Ekta has found solace in the standstill caused amidst the frenzy of the pandemic.

“While I am a workaholic and enjoy working across television, films, and the OTT, the pandemic-related lockdown gave me the time and happy-space to be with my loved ones,” explains Ekta.

“It’s given me much more time to be at home and spend time to work/play with my almost two-year-old son, Ravie Kapoor, during his growing years, which was slightly difficult earlier.”

However, with widespread popularity comes extensive trolling. And despite her attempts at maintaining work–life balance, ‘work’ finds its way into her home through social media trolls who consider it their duty or even right to leave vicious comments, including rape and death threats. The leading lady of television, however, chooses to deal with all of it rather matter-of-factly, with sass.

“I believe it is always better to focus on work rather than spend time on things that will not add any value to one’s life,” she says.