With his production 'Tribhanga', Ajay is the latest Bollywood star to join the streaming boom in India. 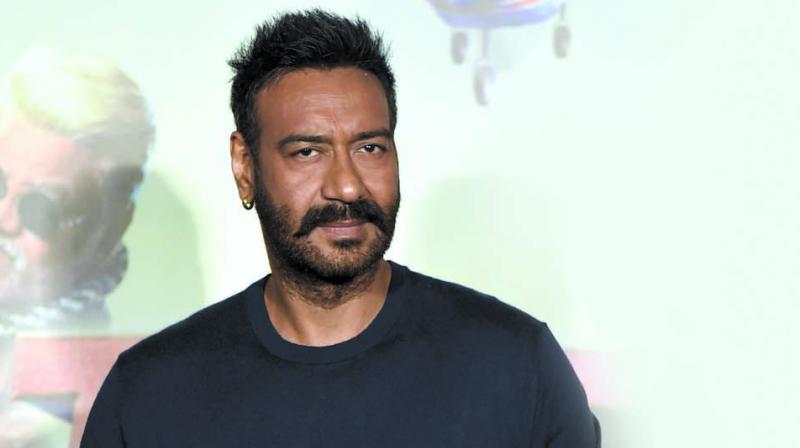 Mumbai: With his production "Tribhanga" slated to debut on Netflix, Ajay Devgn is the latest Bollywood star to join the streaming boom in India and the actor is of the opinion that the two mediums can happily co-exist rather than being competitors.

Devgn said numbers prove that there is demand for both the mediums and he believes nowadays it is only the story that grabs the attention of the audiences.

"Both streaming and cinema can happily co-exist. Each year we see the box office collections going up and we also see more and more people choosing to stream content direct to their homes.

"It's ultimately what the viewers want and what we know is that they want both. What the entry of streaming services has done and rightly so, they have made the story the central hero. If the story is engaging and entertaining, people will continue to watch," he told PTI in an interview.

Ajay is foraying into digital space with Netflix film "Tribhanga", which the actor is producing. His wife, actor Kajol, is making her own digital debut with film, in which she stars alongside Mithila Palkar and Tanvi Azmi.

Shah Rukh Khan, Karan Johar and Anushka Sharma are some of the people from Bollywood whose content will be available on Netflix.

Ajay said "Tribhanga" is just the start of his relationship with the streamer.

"'Tribhanga' definitely marks the start of our relationship with Netflix. We will continue to work with them to tell as many stories as we can," he said.

When asked whether he would like to headline a Netflix Original film or series, Ajay said, "There is nothing in the pipeline as yet but never say never."

The multi-hyphenate star further said as an actor, "it's the story and the ability to take those stories to the audience is what matters to me".

Ajay believes his movies such as "Gangaajal" and "Apharan", both directed by Prakash Jha; Mani Ratnam's "Yuva" and period piece "The Legend of Bhagat Singh", were "ideal fits" on a streaming platform.

"Tribhanga", being directed by Renuka Shahane, will stream exclusively on Netflix.

The project is produced by Ajay's Ajay Devgn Ffilms in collaboration with Bannijay Asia and Alchemy Productions.