Saira takes time off to share her memories of working with Mohan Kumar. 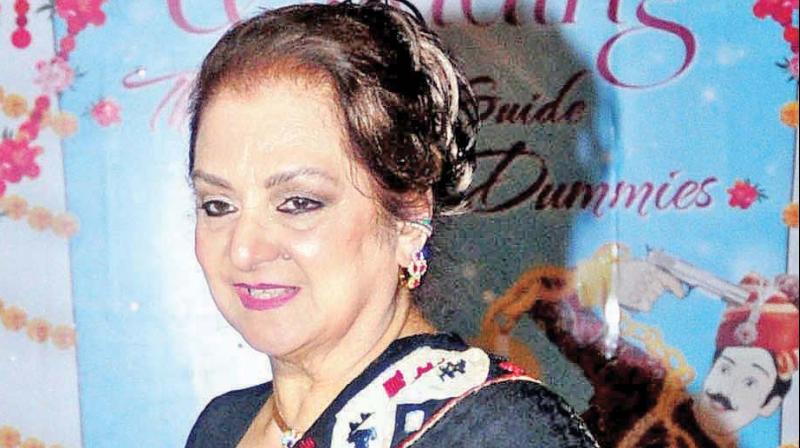 The prolific filmmaker Mohan Kumar, who passed away quietly this week, made two of his most important films with Saira Banu. Saira takes time off to share her memories of working with Mohan Kumar. “We used to call him Kumarsaab. He worked with filmmaker J. Om Prakash to give a team of filmmakers who gave us blockbuster after blockbuster all through the 1960s and ’70s. I did one my earliest film Ayee Milan Ki Bela (AMKB) with  Kumarsaab. This was right after my first film Junglee. I was a newcomer shooting with Rajendra Kumar and Dharmendra. The shooting in Kashmir was among the most memorable times. We would look out of the window of our hotel and see clouds hanging down. We would shoot in this paradise every day. Although on some days the weather made it impossible. Kumarsaab would look out if the window and say, ‘Today the cloud factory is in full operation. No shooting today.’ He would then organise indoor games for all of us.”

If Mohan Kumar made Saira dance in AMKB, he persuaded her to sing for the second film, Aman. Saira recalls, “It was an important film that we shot in Japan. And I did sing, and that too with the one and only Mohd. Rafisaab. I always wanted to sing but was too shy to do so. My grandmother Shahmshad Begum was an accomplished  classical  singer. And I’d often urge her to teach me. She would demand that I sit and practice singing with her, which I never did. But I finally did sing in Mohan Kumar Saab’s Aman.”

The actress still can’t believe that the filmmaker is no more. “Would you believe it? Mohansaab maintained his relations with Yusufsaab (Dilip Kumar) and I until last year. Every year on our birthdays and for any festive occasion he would come home with two garlands for us, and have biryani before leaving. For a year we hadn’t seen Mohan Kumarsaab and I kept asking everyone what happened to him. Now he’s gone. I will always remember him as generous, kind, jovial easygoing and fun person.”