Rajamouli launches his next bilingual film

The film is presented by D. Parvathy with screenplay and direction by S.S Rajamouli. 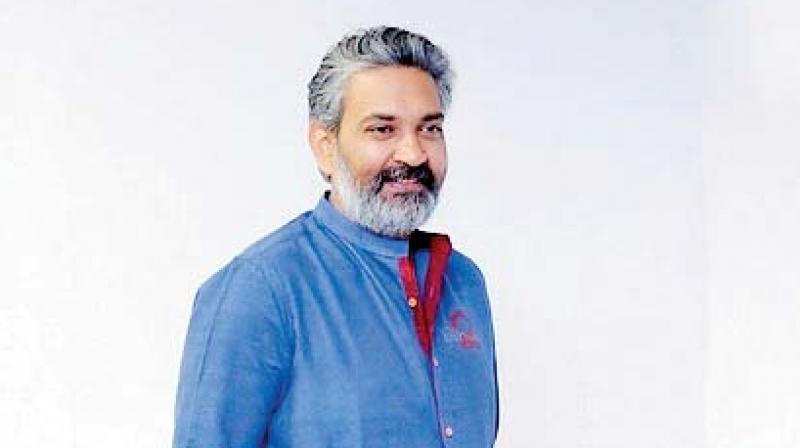 Director S.S Rajamouli’s next Telugu film RRR featuring megastars Young Tiger NTR and Ram Charan had a grand launch. Some of the biggest stars making a presence at the launch creating euphoria amidst the fans of Rajamouli, NTR, and Ram Charan were Chiranjeevi, veteran filmmaker K. Raghavendra, Prabhas and Rana Daggubati among others. Actor Chiranjeevi clapped the first shot to begin the opening ceremony.

With a working title as RRR, this multilingual film is being touted as the National cinemas most ambitious project. For which the filmmakers are leaving no stone unturned to present a cinematic experience surpassing the grandeur of S.S Rajamouli’s last outing Baahubali: The Conclusion.

And for producer DVV Danayya it is a matter of honour to be producing the most awaited film of Indian cinema.

“This whole project is like a dream or I should say it is a dream come true. Working on a film in the combination of stars like NTR, Ram Charan and Rajamouli is something really exciting for me. There are already great expectations from the film, from both the Nandamuri fans and all moviegoers who are expecting something out of the ordinary,” he asserts.

The producer goes on to say the film will surely remain as the pride of Indian cinema. “We will make no compromise on anything the team requires. The shooting of the film will commence on November 19 and the first schedule will contain NTR and Ram Charan shooting for a high-octane action episode. We will soon make an announcement about the rest of the cast,” he says.

The film is presented by D. Parvathy with screenplay and direction by S.S Rajamouli.