Entertainment   Bollywood  13 Nov 2019  I am more offended by some of the things that the politicians say: Richa Chadha
Entertainment, Bollywood

I am more offended by some of the things that the politicians say: Richa Chadha

Bollywood actor Richa Chadha is now all set to venture into stand-up comedy. 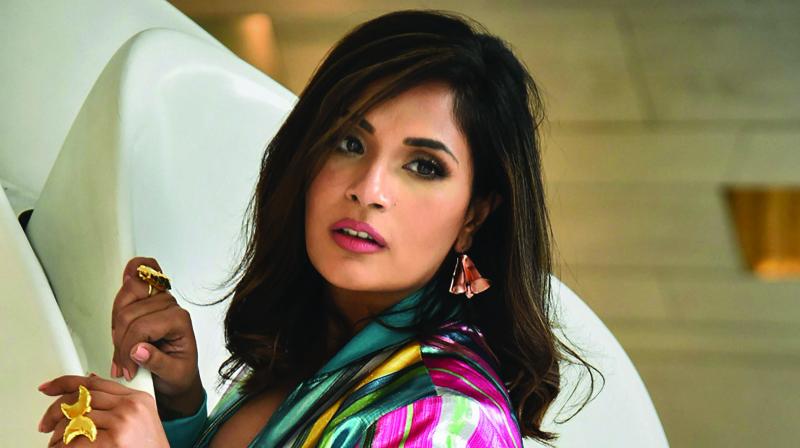 Mumbai: Bollywood actor Richa Chadha is now all set to venture into stand-up comedy. The actor will be among stand-up debutants like Taapsee Pannu and Shashi Tharoor on the upcoming Amazon Original Series, One Mic Stand.

Richa Chadha has a played a comic role as Bholi Punjaban in Fukrey and Fukrey Returns and is now all set to try her hands into stand-up comedy. Recently, speaking about her new venture to Hindustan Times, Richa Chadha said that entering into the world of stand-up comedy is nothing but an experiment. "I like to experiment and when this opportunity came along, I thought ‘let’s see how it goes down’. They said there’s a show where a celebrity will have to be mentored and it turned out to be a very challenging and fun experience," Richa Chadha said.

Stand-up comedians usually use cuss words to generate humour. When asked about her opinion about the same, Richa said, "During the last few years, I have seen a lot of people expressing themselves through comedy. I am more offended by some of the things that the politicians say. Someone just said that Pakistan and China are releasing toxic fumes leading to pollution in India. Politicians are giving such competition to stand-up comics. The stand-up comedians are coughing in anger and frustration ‘ki humari naukri mat lejaao yar’. Someone just said there is gold in cow dung."

Meanwhile, on the work front, Richa will next be seen in 'Shakeela' and 'Panga'.