Entertainment   Bollywood  13 Dec 2016  Cast Sakshi for Dangal as my mother was very fond of her: Aamir Khan
Entertainment, Bollywood

Cast Sakshi for Dangal as my mother was very fond of her: Aamir Khan

Nitesh Tiwari says that the thought of casting Sakshi had not come to his mind till Aamir suggested. 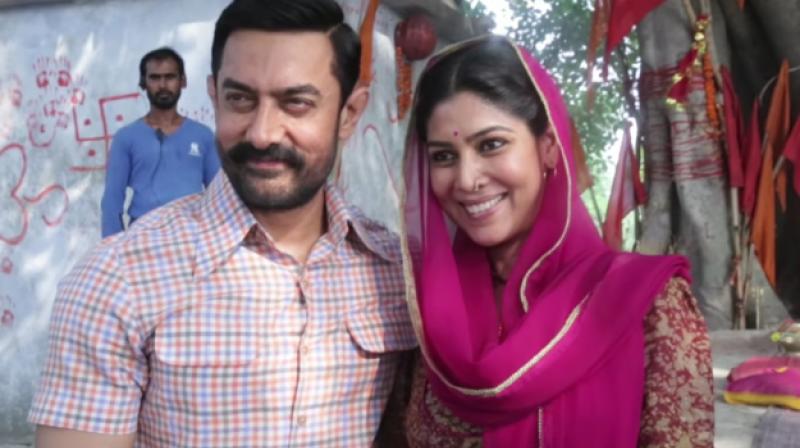 Screengrabs from the video posted on social media.

Aamir Khan has worked with some of the most popular actresses in the film industry over the years. But in his latest venture, ‘Dangal’, the superstar is working with a popular actress, but this time from the television industry, Sakshi Tanwar.  Sakshi plays Aamir’s wife and the couple see their daughters make India proud in the sport of wrestling.

The makers of the film have shared a video on social media, where Aamir and Nitesh Tiwari, the director of the film, talk about their experience of working with Sakshi. Tiwari says that the thought of casting Sakshi had not come to his mind till Aamir had suggested her.

And Aamir is seen saying, “This idea came to me from my mother, because she used to watch television serials and she was very fond of Sakshi.”

He then adds, “I still was not sure how it would work out on the sets. But she did such a fine job. She completely gets engrossed in the character and gives the shot.”

Sakshi also shares memories on the film, saying that when she was first approached, she thought someone was fooling around, but then she was called for the audition and she cracked it.

She also says that since she belonged to Alwar, which falls at the border of Rajashtan and Haryana, she could grasp the Haryanvi language well. She also shares her experience of wearing simple clothes for the older version of the character and then feeling excited about wearing colourful clothes for the younger part.