The newcomer actress reveals that her father gave her ample career advice to avoid any mistakes. 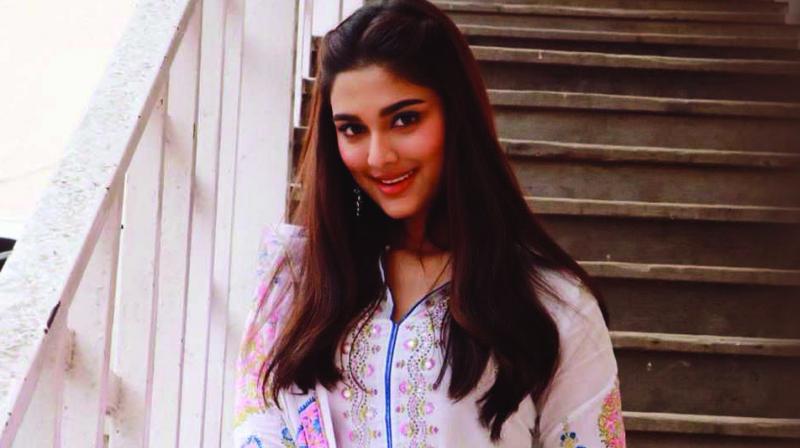 Saiee Manjrekar — daughter of well-known actor, producer, and director Mahesh Manjrekar — is all set to make her debut opposite Salman Khan in Dabangg 3. The newcomer actress reveals that her father gave her ample career advice to avoid any mistakes.

“Dad said that you have to make your presence felt forever by working hard and trying to put forth your best acting capabilities. You can’t sit in one place and wait for opportunities. Acting is all about reacting, and I am trying to put all these things into consideration and try my utmost to follow it as well,” she shares.

Speaking about her father’s work, the 21-year-old says, “Though I have loved all his films, Vastav and Astitva are my favourites. As a director I feel he is very hardworking and he focuses completely on his work and I want to do that too.”

Not only his work ethic, Saiee also wants to follow her father into doing Marathi cinema. “If I get an interesting film and role, I will definitely do it,” confirms Saiee, who has already worked on a Marathi film with Mahesh Manjrekar called Kaksparsh. “I was six years old and I was disastrous in it. I started crying. From then to now I have learnt a lot,” she adds with a laugh.

While Salman Khan is launching the actress, she is happy that her father was not the one to do it. “I am glad that he (Mahesh) didn’t launch me, or people would have said that I have got it all on a platter. I auditioned for this role and I have worked hard on it. I would love to work with my dad in the future and prove myself. My parents have a lot of faith in me and I want to live up to that,” she smiles, adding that she has a list of actors she wants to work with.

“I want to work with Salman sir again. And amongst the young actors, I would love to work with Varun Dhawan, Vicky Kaushal, Ayushmann Khurrana and Kartik Aaryan too,” she concludes.