Deepika, who wore a lungi, taught the Hollywood star a few steps of her hit track. 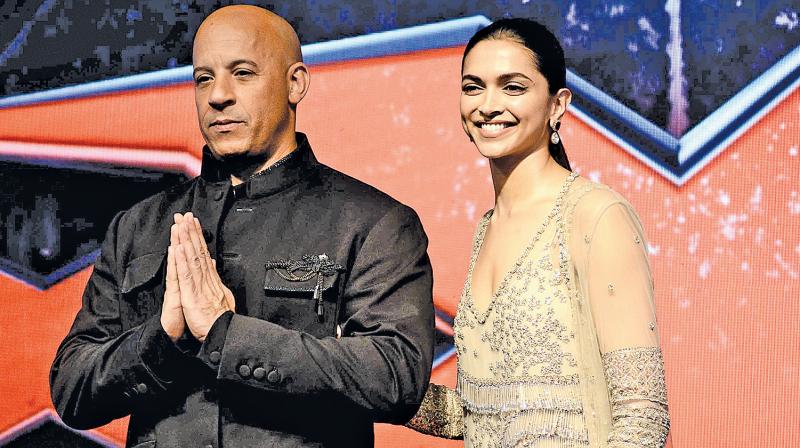 Vin Diesel has been on a roll since he landed in Mumbai, early on Thursday morning. Having started his day with a grand Maharashtrian style welcome in the city, Vin went to attend events back-to-back, while enjoying each and every moment. From donning an Indian attire to grooving to Bollywood songs, Vin did it all.

The first thing he did after arriving in the Maximum city was head to a hotel to try on Indian outfits. From there, he headed straight to the media interaction where he fawned over his leading lady Deepika Padukone. “I was waiting for the opportunity to come here. And she (Deepika) is the queen and angel. She’s a blessing in my life. She has such a beautiful soul. To be a part of the magic that is made on-screen is a blessing of my life,” he gushed.

Soon after, the entourage attended an after party hosted by Dippy. Crazy as it sounds, the actor cruised through the day, making it seem like cakewalk.