Hrithik Roshan’s first look as Anand Kumar in ‘Super 30’ released some days back. 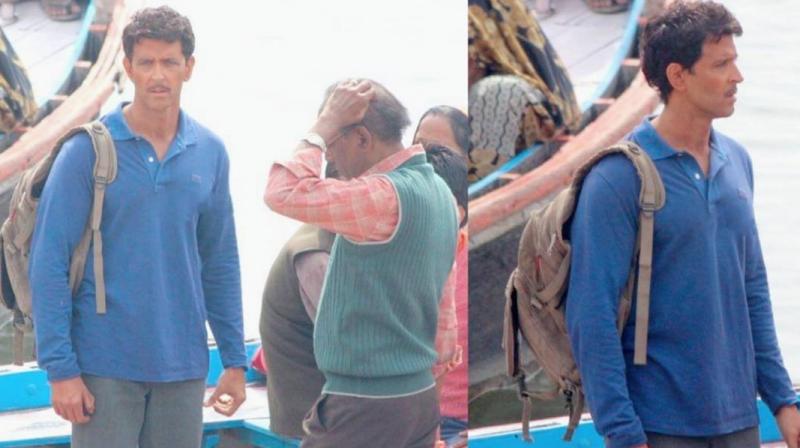 Hrithik Roshan snapped on the sets of 'Super 30'.

Mumbai: Hrithik Roshan’s first look as Anand Kumar in ‘Super 30’ released some days back. That fully-bearded look was something which distinguished his look from that of ‘Kaabil’. And now Hrithik was spotted on the sets in a completely different look.

Hrithik donned a prince-type of moustache, and he looks leaner compared to the weight he carried since ‘Kaabil’ to the first look. The Greek god also looks tanned and lost as he carries a backpack like a common man does. See the pic here:

The actor will be romancing TV actress Mrunal Thakur in this one, and he reportedly was keen to have Sara Ali Khan on board. The actress also happens to be Saif Ali Khan’s daughter. Her debut project ‘Kedarnath’ has gone on hold as the director Abhishek Kapoor had a major, public fallout with the producers Kriarj Entertainment and T-Series citing over-budget.

Anand Kumar, hailing from Bihar, trains 30 deserving and economically backward students for the most prestigious exams of IIT each year with a commendable success rate. It will thus be interesting to see how Hrithik maps out the journey.