All the 90s kids would know what Shah Rukh Khan and Kajol’s pairing means. 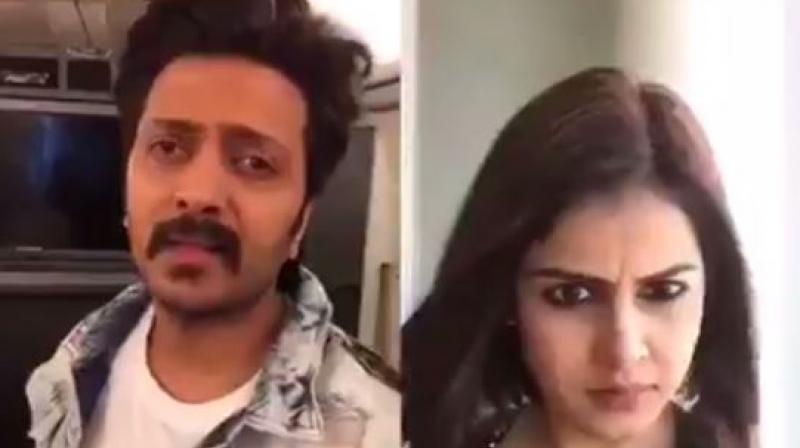 Mumbai: All the 90s kids would know what Shah Rukh Khan and Kajol’s pairing means. These two have given us some iconic movies which cannot be forgotten even if we try.

While ‘Dilwale Dulhania Le Jayenge’ (DDLJ) is still running in theatres and Kabhi Khushi Kabhie Gham has become a cult for every Indian family, ‘Kuch Kuch Hota Hai’ was the film that gave us friendship goals way before it became a real thing.

Years later, this dialogue has been re-enacted by Riteish Deshmukh and Genelia D’Souza Deshmukh and the video is such that you will be compiled to watch it till the end. Here’s the video:

Like Shah Rukh and Kajol gave us friendship goals, Riteish and Genelia have been marriage goals.