Warina and Aayush were spotted shooting for the poster only recently. 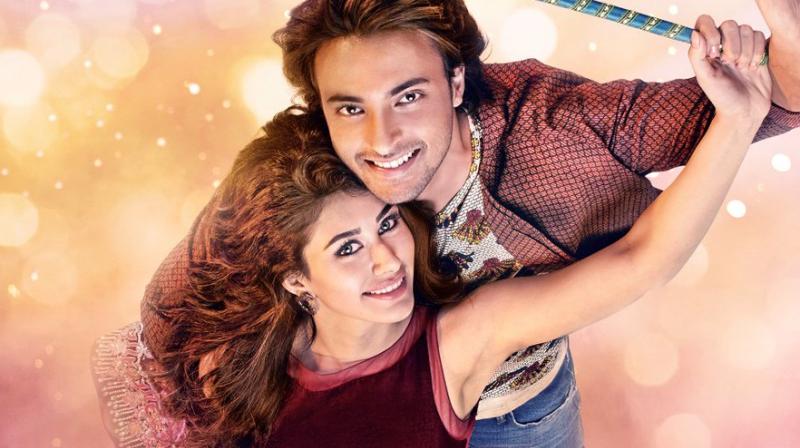 Mumbai: Salman Khan’s Valentines Day began early as the actor, who is so excited to give his brother-in-law Aayush Sharma a grand launch in Bollywood, unveiled the movie poster of his next, titled ‘Loveratri’.

The poster shows Aayush dressed in velvet clothes and a dandiya, along with his actress, debutant Warina Hussain. The feel of the poster is quite colourful and is a perfect Valentines treat - with bright colours all around. Here's the poster:

Warina, even before being cast in the film, created a storm on social media, as Salman Khan went on to tweet “Mujhe ladki mil gayi”, thus making each and every fan excited and thinking.

The poster, however, has also been loved by Priyanka Chopra, who has worked with Salman Khan in ‘Mujhse Shaadi Karogi’, ‘Salaam-e-Ishq’ and ‘God Tussi Great Ho’. Here’s her tweet:

Warina and Aayush were spotted shooting for the poster only recently and now the Salman Khan Films’ production movie’s poster is already here!