No time for Love

Bollywood’s Valentine’s Day releases have not necessarily embodied romance and often not found the love of the audience. 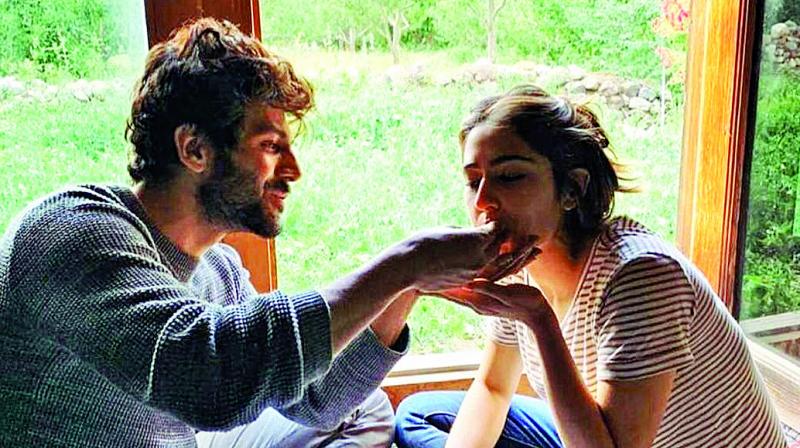 While this Valentine’s Day saw the Sara Ali Khan and Kartik Aaryan starrer Love Aaj Kal releasing, there has been one film every year over several years.

Valentine’s Day brings out the lovers in everyone, with even Bollywood trying to keep love in the air with romance films. Sometimes other films also pile on, even if they are not about romance, because a lot of couples try and watch films around the time in the theatres.

While this Valentine’s Day saw the Sara Ali Khan and Kartik Aaryan starrer Love Aaj Kal releasing, there has been one film every year over several years. For instance, 2009 saw the Shah Rukh Khan and Irrfan Khan starrer Billu about the love between two old friends releasing, and the film made around `30 crore despite having Shah Rukh Khan in it. The next year also saw Shah Rukh Khan returning on Valentine’s Day with his Karan Johar directed film My Name Is Khan. The film did a lot better, managing over `73 crore at the box office. Then, 2011 saw Akshay Kumar’s film as a cricketer release at the box office. The film, also starring Anushka Sharma, Rishi Kapoor and Dimple Kapadia and directed by Nikhil Advani, was not a biggie and managed only `35 crore. Shakun Batra — who directed Kapoor & Sons some time ago — had directed a film called Ek Main Aur Ekk Tu, which released on Valentine’s Day 2012. Starring Kareena Kapoor Khan and Imran Khan, it managed to make a mere `40 crore. After the first two parts had murde
red the opposition at the box office, one expected Murder 3 to follow the suit, but the Vishesh Bhatt film was slaughtered at the turnstiles when the film did not collect even `20 crore.

The year 2014 saw a unique love triangle when the Ali Abbas Zafar directed Gunday starring Ranveer Singh, Arjun Kapoor and Priyanka Chopra Jonas released and managed very good collection of `74 crore based on the star cast and the budget it was made. The year after saw another love story called Roy starring Arjun Rampal and Jacqueline Fernandez, which managed only `40 crores at the box office. And 2016 saw another unique love story between Tabu, Aditya Roy Kapur and Katrina Kaif releasing, and the film—which had his upheavals because of Rekha quitting the film and being replaced by Tabu— did not live up to the hype that was created because Kai Po Che director Abhishek Kapoor was helming the film and only made `19 crores. But then the low profile Sanam Re, which starred Pulkit Samrat and Yami Gautam, managed to make `30 crores and was a hit. The 2017 saw a non-romantic film like Jolly LLB 2 release, which made `117 crores. Then 2018 saw the Neeraj Pandey directed army-based spy film Aiyaary starring Sidharth Malhotra and Manoj Bajpayee making only `17 crores.

And finally last year saw Zoya Akhtar’s Gully Boy—starring Ranveer Singh and Alia Bhatt—made a cool `123 cores at the box office. The film about Mumbai’s underground rap scene, aided by a love story, gave the audiences a lot to cheer for when it released. “If you notice, Valentine’s Day is not really a holiday, hence there are no additional days. Unless the film really has a lot to offer as in the case of the films like Gully Boy, Jolly LLB 2 or earlier Gunday and My Name is Khan, they do not really do well. Content works, days necessarily don’t. Yes, if it a film about love and romance and it has been made really well, it will do much better at the box office. But the audience has to identify with the characters and the story of love that is being given through the film,” an industry source explains.