Are Salman Khan and Bobby Deol the next Amitabh Bachchan and Amjad Khan?

For the uninitiated, Salman Khan is training Bobby Deol to become a fitter and better version of himself. 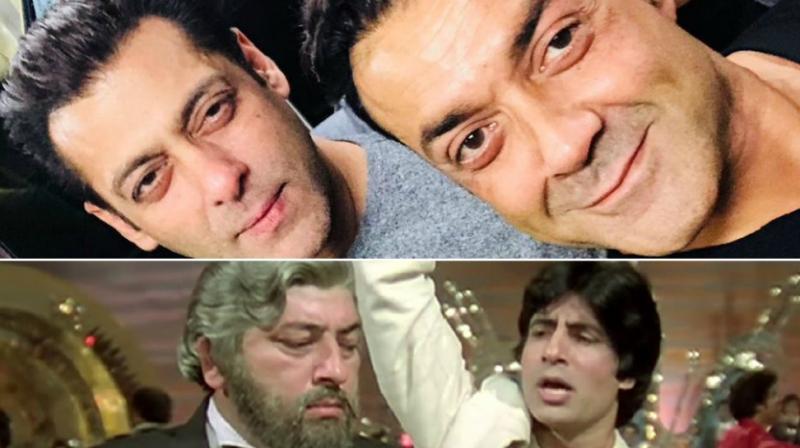 Salman Khan and Bobby Deol on the sets of 'Race 3'; Amitabh Bachchan and Amjad Khan in a still from their movie.

Mumbai: Salman Khan and Bobby Deol have come close to each other from the sets of ‘Race 3’.

For the uninitiated, Salman is training Bobby to become a fitter and better version of himself.

If a report on DNA is to be believed, then Salman and Bobby greet each other as ‘Mamu’.

Salman, the daily reports, addresses Bobby as, “Mamu, how did your workout session go?” to which Bobby also replies, “Mamu all is good. I hope everything is good with you too.”

The equation is a reminder of Amitabh Bachchan and Amjad Khan’s bonding back in their time, when they called each other ‘Tiger’.

Interestingly, just like Big B and Amjad gave their cult in ‘Sholay’ as the hero and villain, ‘Race 3’ will see Salman and Bobby paired opposite each other.