Balancing the spiritual and material

Admiring how Dr Lal has balanced the spiritual and material world, she added, “It is a dichotomy in my head. 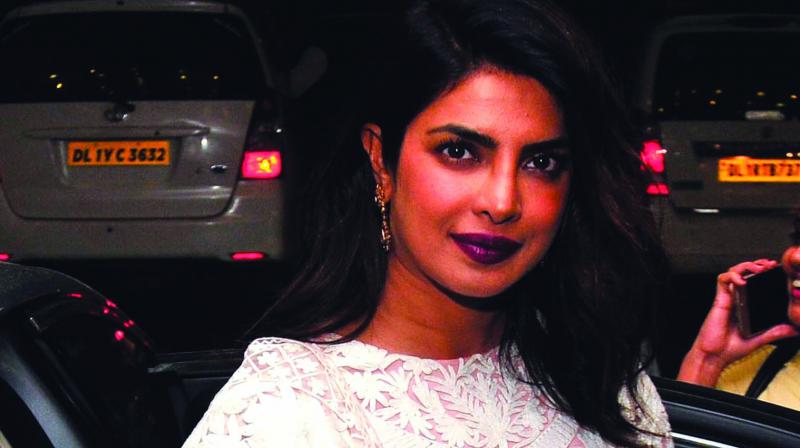 “Money can buy you everything but not internal happiness. Everyone is after material pursuits. Love, truth and simplicity are the three tools to live a better life. And do your karm yog and jap yog always,” reflected Dr Brig. Arvind Lal, at the launch of his book Corporate Yogi in the capital recently.

Dr Gurcharan Das was the chief guest while actress Priyanka Chopra was the guest of honour, with Dr Narottam Puri moderating a discussion on the topic ‘Spirituality at the workplace’.

“Being an international figure who crosses boundaries both in India and abroad, she is the perfect person to speak on spirituality at the workplace as the industry she is working in is highly corporatised,” said Dr Narottam Puri, to which Priyanka replied with a laugh, “There’s no way I would not have been here for this book, otherwise my father would have killed me from up there.”

Going down memory lane, Priyanka reminisced about her childhood when her family and Dr Lal, pioneer in the field of pathology and founder of Dr Lal PathLabs, spent time together, “I was that little girl who wanted to do everything the adults would do. So my dad would tell me to ask Arvind uncle which mantra to japo, and he would come and tell me the simple ones so that I could look like I knew what I was doing.”

Recalling her first exposure to spirituality Priyanka said, “It wasn’t that Arvind uncle sat me down and gave me a lecture. But seeing him live the life that he did, and in turn see my father become that, and in turn my entire family converting into being the people that we are, living the lives that we live but at the same time holding onto our faith because that is something so strong.”

Admiring how Dr Lal has balanced the spiritual and material world, she added, “It is a dichotomy in my head. Someone who is a high achiever, who brought so much to the medical field in India, but at the same time when you see him in his simple dhoti, reciting and invoking Babaji, doing hawans and the simplicity of what he turns into is a dichotomy you don’t see in the modern world today.”

Admiring Dr Lal’s life, she said, “Not too many people have the courage to be able to live in the modern world, accept the modern world, be tenacious, be ambitious but at the same time have a true hold on faith. Sometimes either one of those two give, but Arvind uncle has a hold on both so much and I truly believe that it is Babaji’s blessings.”

Talking about the book she said it would help one “know how in this chaotic, crazy modern world where we are running after ambitions, it is running after becoming the most incredible person we can be that should be the goal.”

Advising all to read the book, she added, “This book stands for every person who wants to be able to find an anchor in this crazy world that we live in. This will give you the direction to be able to do that and be a corporate yogi.”