Even if Farah would have agreed, the director of ‘Dhadak’ Shashank Khaitan was of the opinion that the song should be natural and earthy. 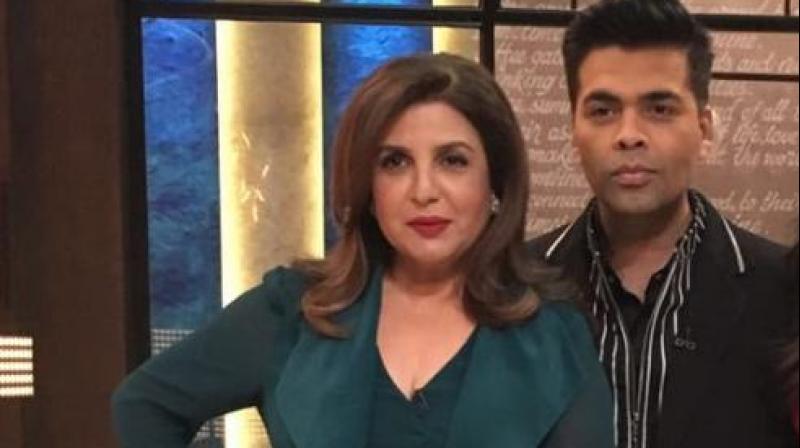 Karan Johar and Farah Khan at 'Koffee With Karan'.

Mumbai: 'Zingaat' is an iconic song that made everyone groove to its beats in 2016. Realizing the same, choreographer Farah Khan was cynical to even touch the song.

Farah told Mid-Day, "Karan said that his director Shashank [Khaitan] was scared to call me, and that he really wants me to do a song for the movie. The minute he said that the song in question is ‘Zingaat’, I told him that I won't do it because it's a cult song."

Her fear was as obvious as ours, but she ended up working on the song, mind you not without facing a different kind of challenge.

The challenge here was that producer Karan Johar wanted the remake of the cult song to be made as an item song.

Even if Farah would have agreed, the director of ‘Dhadak’ Shashank Khaitan was of the opinion that the song should be natural and earthy.

Revaling how she managed both, Farah added, "Karan said he wanted it to be big and commercial, it has to be the 'item song' of the movie. On the other hand, the director wanted it to be natural and earthy. So I conceptualised it as a mix of commercial and candid."

‘Dhadak’ will mark the debut of late Sridevi’s elder daughter Janhvi Kapoor and it will also star ‘Beyond The Clouds’ actor Ishaan Khatter.