Unfortunately, it has been two months since Sridevi passed away and ‘Mom’ was her last film as an actress. 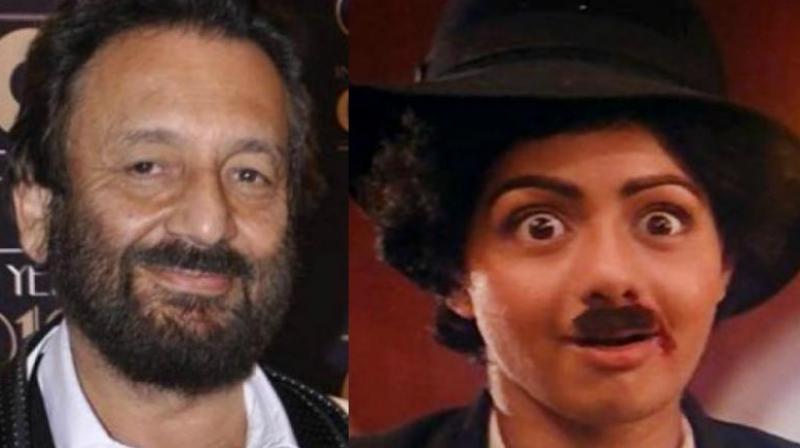 Shekhar Kapur headed the jury and announced Sridevi as the best actress who won the 65th National Award.

Mumbai: The announcement of winners for 65th National Awards took place in New Delhi on Friday.

Among those awarded were Rajkummar Rao’s movie ‘Newton’ as best Hindi film and Sridevi as the best actress for ‘Mom’.

Unfortunately, it has been two months since Sridevi left for the heavenly abode and ‘Mom’, which released in 2017, was her last film as an actress.

It thus came as a setback when Sridevi won the National Award for ‘Mom’ but wasn’t there to receive it.

The jury who decided about the awards was headed by Shekhar Kapur, who was also against Sridevi winning the award.

According to Hindustan Times, when Shekhar Kapur announced Sridevi’s name, he said, “The best actress is Sridevi for ‘Mom’ and I promise you it is not my relationship with her. Every morning when I came here, I would ask everyone to vote once again. I would look at all the actors, talk about them and I would say, ‘there should be not Sridevi, not Sridevi’! We used take a vote and it always came back to Sridevi. It was me who fought that it shouldn’t be Sridevi. We are all emotionally involved with Sridevi. I used to say, ‘don’t give her an award because she died, it is unfair on the other girls. They have also worked hard for 10-12 years, they too have a career.’”

The award ceremony will be held in May, and the award will be received by late Sridevi’s husband Boney Kapoor.