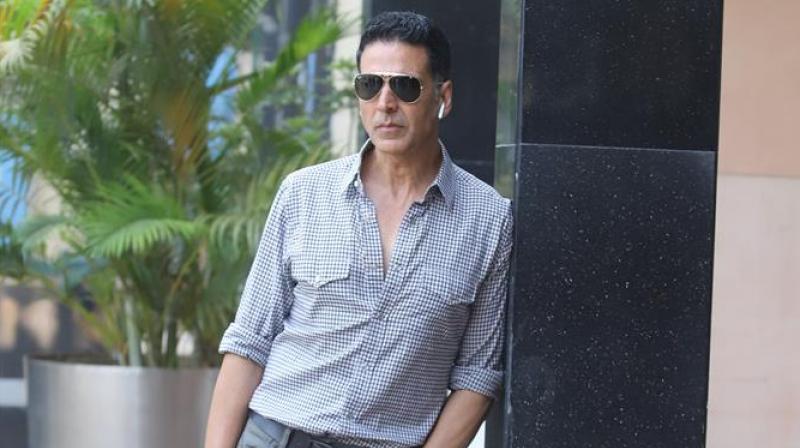 Akshay Kumar has disappointed fans and provided fodder to trolls by appearing to participate in a surrogate ad for tobacco. From a teaser for an elaichi (cardamom) ad, it looks as if the actor, who has been an ambassador for the Swasth Bharat campaign and also the anti-tobacco drive, will be part of the advertisement.

The teaser of the Vimal Elaichi ad shows Shah Rukh Khan and Ajay Devgn speculating about a new khiladi in their midst. Shah Rukh, who is seated in a car being driven by Ajay,  says, “Dekhein, kaun naya khiladi aaya hai (Let’s see who the new player is)” as a silhouette resembling Akshay appears.

Fans are sure that the mystery figure is Akshay, as he is associated with the term  khiladi, thanks to his 1991 breakthrough film of that name, followed by Sabse Bada Khiladi, Mr & Mrs Khiladi, International Khiladi, Main Khiladi Tu Anari and Khiladi 786 among others. The ad, a surrogate campaign for tobacco, is scheduled to be released this weekend.

“Akshay  has done a commercial as part of the anti-tobacco campaign, in which he takes a smoker to task and tells him about the ill effects of tobacco. It plays before every movie. He also speaks out against smoking as an ambassador of the Swasth Bharat drive — and a tobacco ad is not something his fans wanted him to do. His clean image was the only tool they had when they fought online with other stars,” says film historian Imtiaz Baghdadi.

While the makers have not clarified whether the unidentified silhouette is indeed Akshay, fans are pleading with the actor to pull out of the commercial. “You can make money by your wonderful acting,” points out one fan.

Others made memes about Akshay who, as part of the Swasth Bharat campaign, had said, “I get a lot of offers from Gutkha companies. They are offering me a lot of money. Swasth Bharat is a campaign I am working for, so I won’t do anything wrong like that.” Big stars from Ajay Devgn, Shah Rukh Khan, Salman Khan, Hrithik Roshan and Ranveer Singh to Tiger Shroff have been part of such surrogate ads. While none of them have taken any corrective steps, it seems Akshay Kumar has changed his earlier decision not to promote harmful substances.

Meanwhile, Amitabh Bachchan decided to pull out of a commercial of this type, but the advertiser continued to air the ad both on television and in print, prompting Bachchan to take recourse to legal action.