Entertainment   Bollywood  14 May 2018  Amid strongest hints of affair with Ranbir, Alia bonds with his mom Neetu on Insta
Entertainment, Bollywood

Amid strongest hints of affair with Ranbir, Alia bonds with his mom Neetu on Insta

The 'Brahmastra' pair is said to be dating, and the actress' conversation with Neetu Kapoor adds to the speculation. 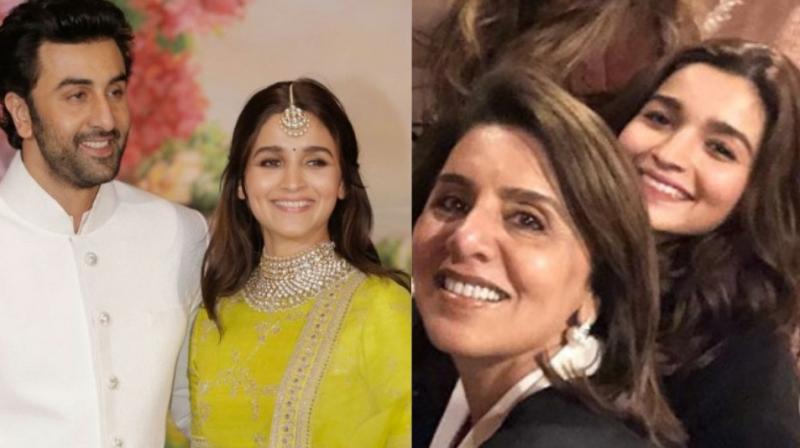 Mumbai: It’s been five years since Neetu Kapoor was last seen on the silver screen opposite husband Rishi Kapoor and son Ranbir in ‘Besharam’.

However, the actress has never stopped being in the news, be it for allegedly trying to rein in Rishi Kapoor over his Twitter controversies or for heading to London to find a girl for Ranbir.

Even when her Instagram picture of Ranbir was liked by his ex-girlfriend Deepika or when the two ladies bonded at an event, the gossip mills went on an overdrive.

From Deepika, the attention has now turned to another of his co-star, Alia Bhatt for a rumoured affair, and Neetu is again involved somehow, though indirectly.

While speculations are rife that the two actors are more than friends, their joint appearance at Sonam Kapoor’s wedding reception almost ‘making it official’ sent their fans into a frenzy.

Alia sharing their picture and writing ‘Yass’ and blushing about it during a news channel interview, have given enough reasons for fans to confirm it themselves instead of waiting for the actors to do so.

If that was not all, it seems Ranbir’s mother Neetu also seems to be fond of Alia.

She was present during her 25th birthday celebrations, even sharing pictures on Instagram.

And this time, they are bonding in a different way on the photo-sharing platform.

Alia had posted a lovely picture with her mother Soni Razdan on the occasion of Mother’s Day.

Neetu was too impressed with it and wrote ‘Awwww’ with hearts smiley. Alia had a lovely response to it too, she sent multiple blowing kiss emojis to her. 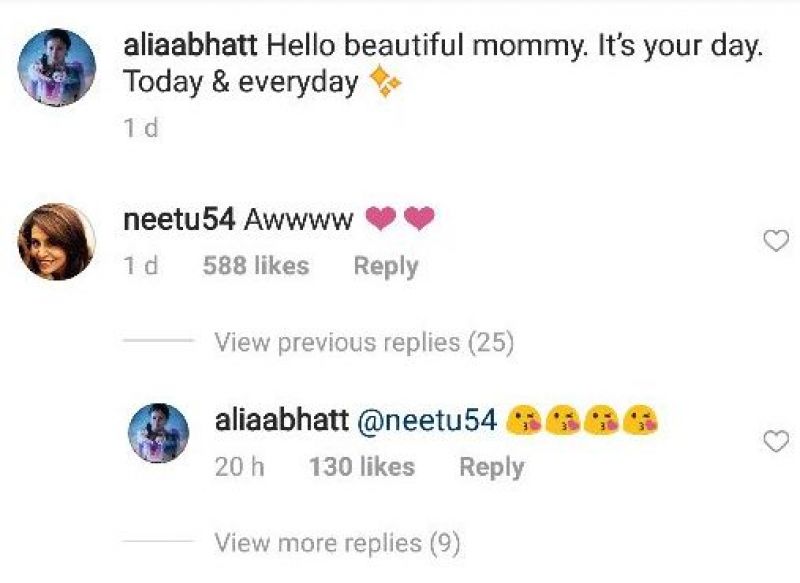 From a period of occasional and minimal hints of Ranbir-Alia’s relationship, a lot has ‘escalated too quickly’ recently and the rumour mills are going to watch them too carefully now.

Amid strongest hints of affair with Ranbir, Alia bonds with his mom Neetu on Instagram