Meghna Gulzar, director of the recently-released film Raazi, gets candid about her upbringing, her career, and motherhood. 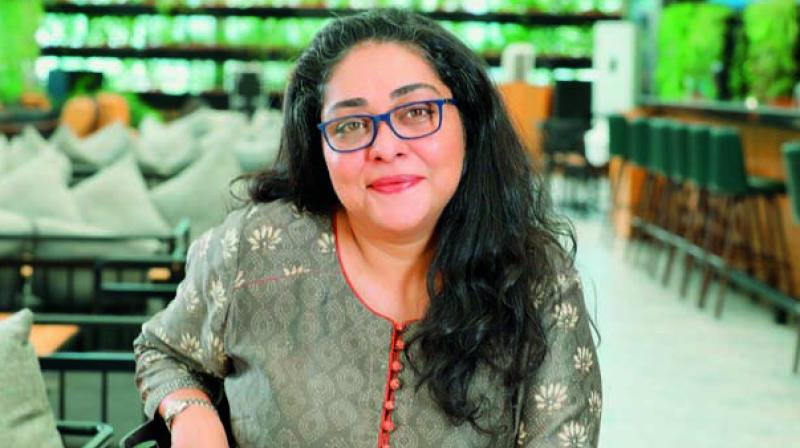 Daughter, mother, artist, poet, journalist, filmmaker — all of these words can be used to describe Meghna Gulzar. As her film Raazi, hits the screen, Meghna takes a look at all the things that have moulded her into the person she is today.

Meghna was in college when she first realised that she was meant to create, though she wasn’t sure what. “I learnt to play the piano, tried my hand at painting, and pursued journalism. I started making short films, and after college, I decided to pursue direction and filmmaking,” she says.

She understands that her choice of career is bound to invite comparisons, though she has never felt the pressure to live up to the high standards set by father, Gulzar sahab. “People compare me with my father because I am a writer-director. Had I been an actor, they would have compared me with my mother. But I have never compared myself with my father because our sensibilities are totally different.”

Meghna realised early on in her career that her thinking differed so vastly from her father’s that they could not work together. “Dad and I started writing the script of my first film, Filhaal, together. But we decided to part ways because we were having intense fights due to creative differences. He told me that it would be better if I wrote it entirely by myself because our sensibilities did not match. I prefer narrating visuals as I write them, and my style of execution is completely different,” she says.

However, she continues to look to her father for advice and inputs. “Whenever I have to write Urdu dialogues, I ask my father for help. I needed his help for Raazi as well.”

On a personal level, Meghna has both her parents to thank for the characteristics she has inherited from them. “I have a mind like my father’s and an attitude like my mother’s. My mother is very forthcoming. She doesn’t tolerate nonsense, and she can be short-tempered sometimes. I take after her in that respect. When two people try to bring up a child in their own separate ways, the child is unaware of what he or she is picking up from each of them.”

They say it takes a village to raise a child, and Meghna believes herself to be lucky to have the support of her loved ones in her endeavour to balance motherhood and a career. This time around, Meghna decided to take her son with her to Kashmir, for the shooting of Raazi. “I spent a lot of my childhood in Kashmir, on set with mom and dad. Taking my son with me gave me the feeling of life having come full circle.”

The long hours and busy schedules seem to have paid off though, at least Meghna’s parents believe so. “They’ve both seen the film. My dad loved it; he gave me a big hug. My mother is a little worried about how it will be received by audiences,” she concludes.