Entertainment   Bollywood  14 May 2018  I wasn’t brought up like a star kid, says Sanah Kapoor
Entertainment, Bollywood

I wasn’t brought up like a star kid, says Sanah Kapoor

No one knew that Sanah Kapoor belongs to a famous film family until Shaandaar came out. 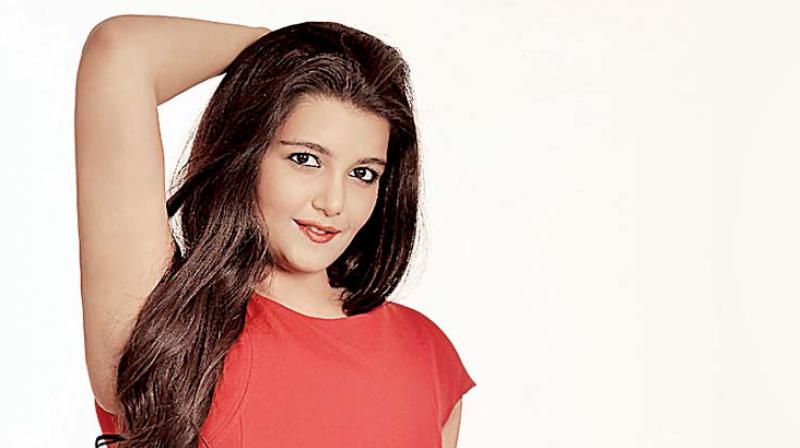 No one knew that Sanah Kapoor belongs to a famous film family until Shaandaar came out. The film was a dud she got appreciation for her role. Sanah is back with Khajoor Pe Atke. In a candid chat with DC, she talks about how far her life changed post Shaandaar, her camaraderie with Shahid and the Kapoor family and much more.

I have been good and busy with a lot of theatre. I wanted to explore this side apart from films. Since Shaandaar happened so quickly that I never got to try theatres. After the release, I met people and wanted to do interesting scripts but I was travelling a lot for my theatres but later I thought of doing films and then Khajoor… happened. It is a very different character than Shaandaar.

No, I don’t think so because I was very fortunate that my work was appreciated in the film. It’s just that, if the film would have worked, more people would have seen it. From the industry point of view, it would have been pretty much the same.

How is your camaraderie with your brother Shahid Kapoor and other family members?

I don’t feel that I come from a film family to begin with. I wasn’t brought up as a star child. I had a very normal childhood. Most of the people didn’t even know that Pankaj Kapoor and Supriya Pathak have a daughter too until Shaandaar released. Also, when I was growing up, there was no social media so the exposure the kids get these days is a lot more than we had. But I am not a media shy person and I talk wherever it is relevant.

Also you have a knack of choosing unconventional roles…

When Shaandaar happened, I wasn’t aiming to do that kind of a role. When I read the script, I wanted people to see me in that kind of role. As an actor, it is my responsibility to change according to my characters. Even in Khajoor… my role is entirely different to that of what I played in my first film.

Do you take tips from Shahid at times or with mom dad?

We don’t really sit and give each other advices unless you ask. My parents would never call anyone and ask them to cast me in their projects. I would not want to be called as their daughters and rather have individuality on my own and through my talent.

So any aspirations to be size zero?

Nothing as of now but if it is required for a role, I will do the weight loss but it has to appeal to me. Believe me, I tried to be something else apart from being an actor but I always wanted to become an actor since I was two year old.