Kriti upset with Tiger and Sajid Nadiadwala for casting Disha in Baaghi 2?

While Tiger Shroff remained constant, the hunt for the leading lady went on. 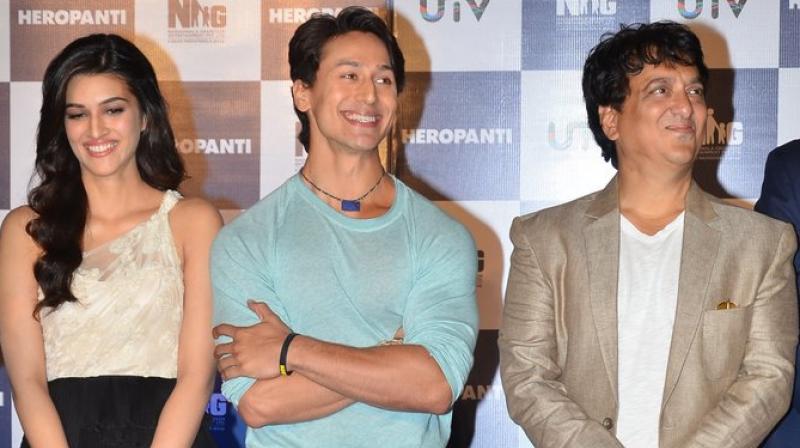 Mumbai: Director Sajid Nadiadwala was the one who gave Tiger Shroff and Kriti Sanon their big bang debut in Bollywood through ‘Heropanti.’

The film made a special place in the audience's hearts and their careers took off from there.

Thereafter, Sajid made a film ‘Baaghi- A Rebel’ with Tiger Shroff and Shraddha Kapoor, which again received a thunderous response at the Box Office, while Kriti’s association with Sajid remains only with ‘Heropanti,’

‘Baaghi- A Rebel’s success led the makers of the film to carry on with the franchise and come up with another part of this film titled ‘Baaghi 2.’

While Tiger Shroff remained constant, the hunt for the leading lady went on.

Apparently, ‘Baaghi 2’s casting is the reason that has left Kriti disappointed.

As per sources, “Kriti was earlier approached for this film and she was happy to reunite with her ‘Heropanti’ team. But, Disha’s inclusion in the film has left Kriti disappointed.”

The source further added, “Tiger has been trying his luck to pair up with Disha on the big screens for a film. He did that with ‘Munna Michael,’ which didn’t work, and Sajid then promised Tiger that he would sign Disha for ‘Baaghi 2.’

Tiger Shroff has become Sajid and Sabbir Khan’s constant choice for their films.

Will ‘Raabta’s poor performance at the Box Office and losing out on ‘Baaghi 2’ affect Kriti’s career?