Entertainment   Bollywood  14 Jun 2017  Watch: Salman has Tubelight on his mind as he steps out for a bicycle ride in Mumbai
Entertainment, Bollywood

Watch: Salman has Tubelight on his mind as he steps out for a bicycle ride in Mumbai

Salman, who on World Environment Day launched e-cycles under his brand, took one for a ride in the city. 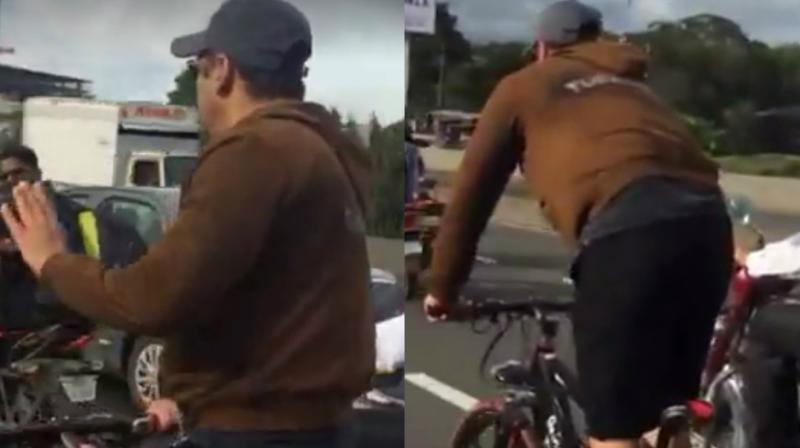 Salman Khan cycling on the streets of Mumbai with the 'Tubelight' hoodie on.

Mumbai:  Salman Khan, who on World Environment Day launched e-cycles under his Being Human brand, recently took the bike for a ride in the middle of the city.

Salman took to Twitter to post a video where he can be seen enjoying the ride on Mumbai roads.

The 51-year-old has been spotted on several occasions by fans taking impromptu rides around the city in a bicycle.

On the work front, the 'Sultan' star is currently busy promoting his upcoming film 'Tubelight' that hits the big screens on June 23.