As per reports, the 34-year-old actor was found hanging at his Bandra residence in Mumbai 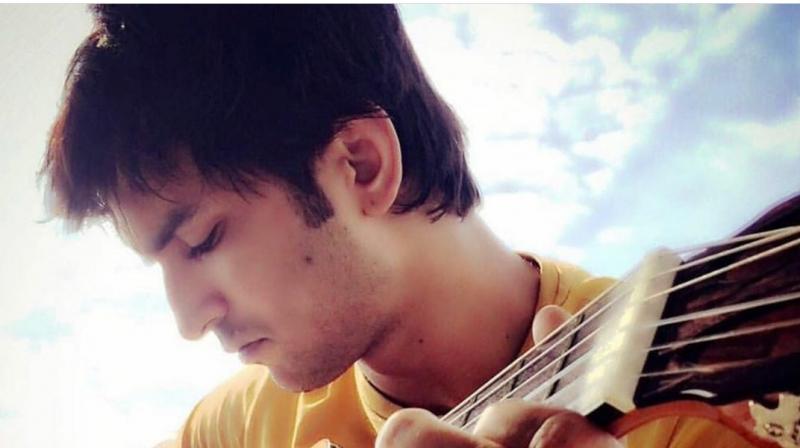 Bollywood actor Sushant Singh Rajput who made his debut with small screen committed suicide in Mumbai.

As per reports, the 34-year-old actor was found hanging at his Bandra residence in Mumbai.

Sushant Singh's suicide shocked the Bollywood fraternity. Akshay Kumar and Riteish Deshmukh have expressed shock over the death of the young actor. The reason that drove the actor to take the extreme step is not known.

His big-screen debut came in Kai Po Che in 2013. He had won hearts in the cricketer MS Dhoni biopic in which he played the titular role.

He had worked in over 11 movies including PK, Raabta, Chicchore which were huge hits.

Sushant's last project was 'Dil Bechara', a coming-of-age romantic drama film based on John Green's 2012 novel 'The Fault in Our Stars'.

Only few days ago, Sushant's former manager Disha Salian had committed suicide. Disha had jumped to death from her apartment window after a party.

Preliminary investigation has revealed that Sushant was reportedly going through depression over the last few days, according to his friends.

Sushant was last seen in Nitesh Tiwari's "Chhichhore" in which he portrayed the role of a father who reassures his son who attempts suicide.

Tiwari said, "I had to call people to confirm. It's so shocking and unfortunately true. I am at a loss for words. I spoke to him last week over messages. We would text each other on and off. Now this is what I get to hear. He was like a younger brother to me."

ACP Manoj Sharma said, He has committed suicide at his residence in Bandra. He was found hanging today. We are investigating. The police has lodged a case of unnatural death.

In his condolence message on Instagram stories, Sushant had posted "It's such devastating news. My deepest condolences to Disha's family and friends. May your soul rest in peace."

Sushant's last insta post was about his mom who passed away in 2002. With a pic of his mother, he had posted: "Blurred past evaporating from teardrops. Unending dreams carving an arc of smile. And a fleeting life, negotiating between the two."

Blurred past evaporating from teardrops Unending dreams carving an arc of smile And a fleeting life, negotiating between the two... #माँ ❤️

A student of Delhi Technological institute where he dropped out of his engineering course, Sushant took acting lessons from Barry John and learned dance at Shamak Davar institute. He was one of the dancers in Hrithik's Dhoom Again.

Sushant Singh Rajput...a bright young actor gone too soon. He excelled on TV and in films. His rise in the world of entertainment inspired many and he leaves behind several memorable performances. Shocked by his passing away. My thoughts are with his family and fans. Om Shanti.