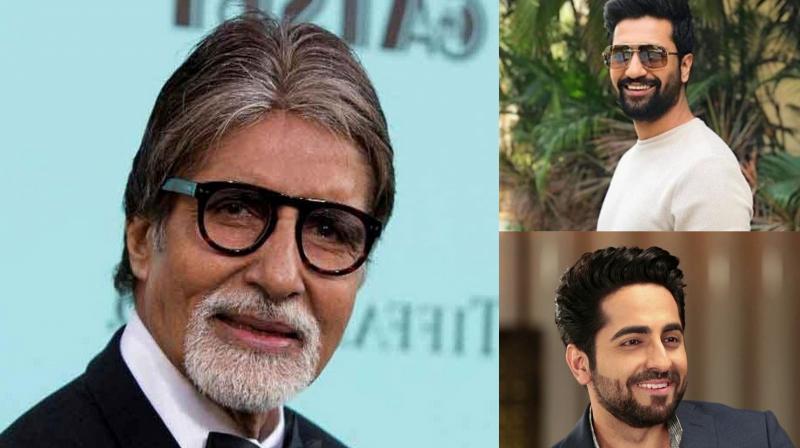 The couple sent a bouquet of flowers with a note attached wishing both the actors on their big win and adding that there were 'many more to follow'.
While this wonderful wish meant the "world" to the 'Uri: The Surgical Strike' actor, it was nothing less than a National Award to the 'Badhaai Ho' actor.

Vicky who won the award for 'Uri' expressed his happiness on an Instagram story where he wrote, "This means the world to me! Thank you Bachchan sir and Jaya ma'am."

The 31-year-old also received a special wish from singer-songwriter Gurdaas Maan and his wife Manjeet Maan congratulating him on being conferred with the award. 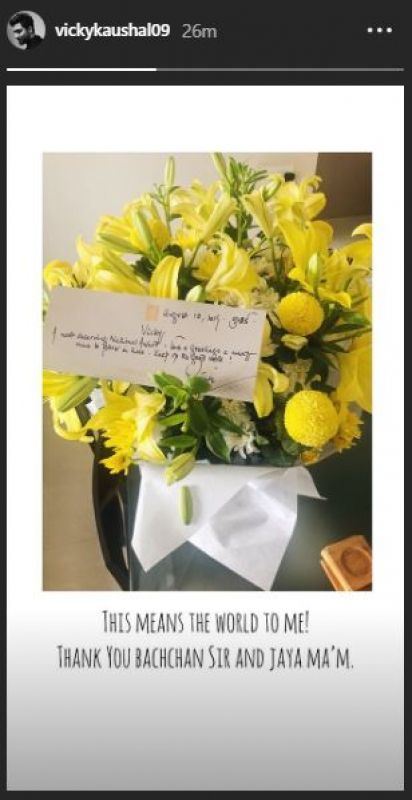 Meanwhile, Ayushmann who won the award for 'Badhaai Ho' put out a tweet reading that a praise from the century's greatest actor is nothing less than a National Award in itself. 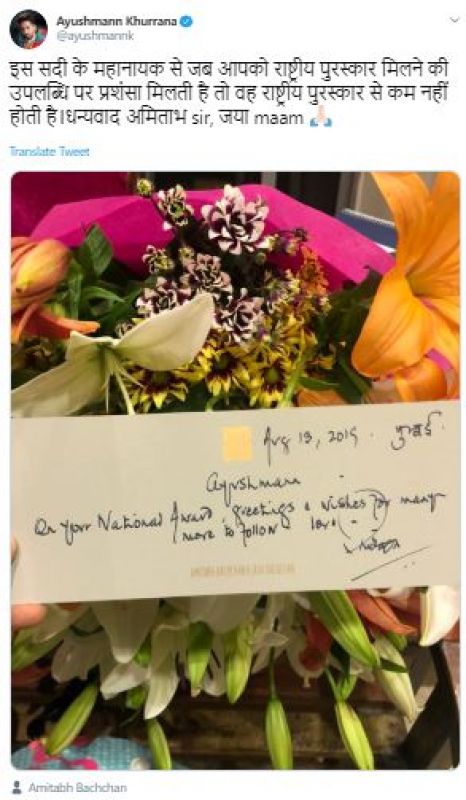 This comes after the National Awards were announced on Friday at a press conference by the awards' jury chairperson Rahul Rawail.

The joy continued for Ayushmann and Vicky as the former's 2018 film 'Andhadhun' bagged the best Hindi film award while the latter's film 'Uri' won the best director award for Aditya Dhar.