Arbaaz too runs a web show called Pinch, where he interviews Bollywood stars. 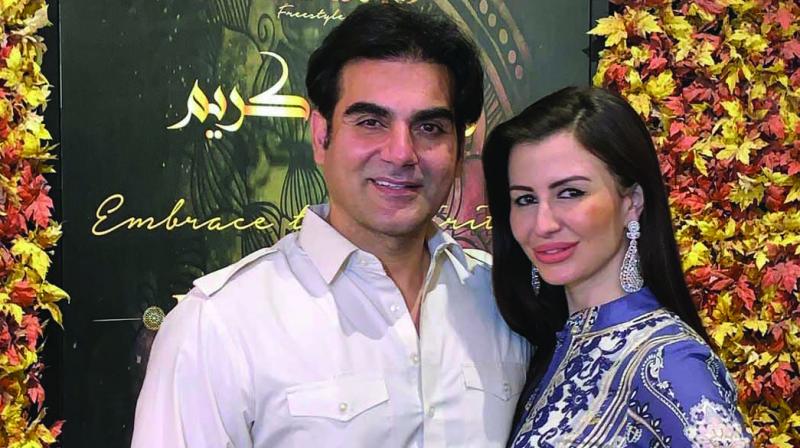 Arbaaz Khan has previously been rather guarded about having pictures taken with his girlfriend Giorgia Andriani.

While Malaika Arora and Arjun Kapoor have formalised their relationship by posting pictures on social media and talking about each other, Arbaaz Khan has previously been rather guarded about having pictures taken with his girlfriend Giorgia Andriani.

However, he was recently spotted on a lunch date with Giorgia and his son Arhaan. The three were spotted on Monday at a Mumbai eatery. “Normally Arbaaz bhai runs away quickly. But he even said thank you this time when we took pictures,” says a paparazzo.

Arbaaz had complained to us a while earlier, “I think some people have gotten used to the paparazzi culture and they know they cannot avoid it. If you ask me, some people like it, but I have a different opinion. I am fine if videos and pictures are clicked when there are legit events and interviews.  If I am sitting and having a private dinner with my son, my family or my girlfriend, then I do not want it to be filmed.”

Meanwhile, Giorgia is set to star in a Tamil web series Karoline Kamakshi with former star Meena, who will be returning to work in Kollywood. Arbaaz too runs a web show called Pinch, where he interviews Bollywood stars.