While Tusshar is currently busy promoting Golmaal Again right now, he says he won’t be doing any sex comedies for a bit. 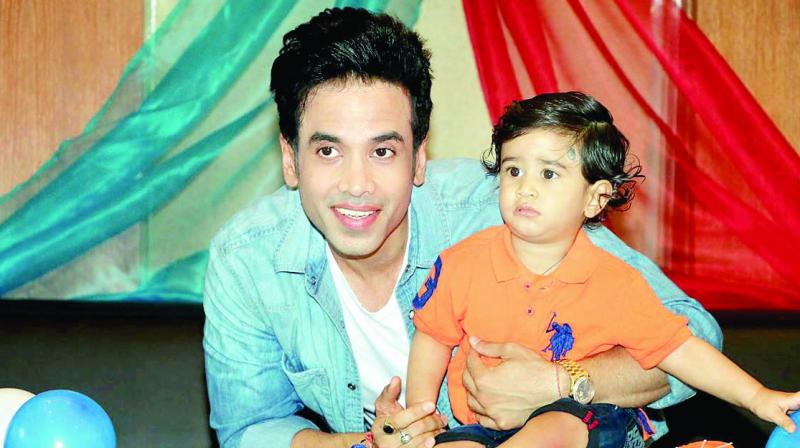 Tusshar Kapoor, who made the big decision of having a child via surrogacy last year, says he’s enjoying every bit of fatherhood.

Tusshar Kapoor, who made the big decision of having a child via surrogacy last year, says he’s enjoying every bit of fatherhood.

“I’m loving it,” the actor says about son Laksshya. “It’s a very fulfilling experience, and maybe because I have become a father at the right age, I’m able to understand the value. I’m quite thrilled. The clutter in your mind gets sorted when you have somebody of your own. It makes life more complete.”

Tusshar adds that he was shocked, as well as happy to see the way people had received his decision of opting for surrogacy. “I’m very proud, even though I was very nervous earlier. I’m glad that it was accepted so positively. In a country where there are two opinions to everything, there were no two opinions about this. Even the media, and the general public were pleasantly shocked, and applauded it like I made some kind of a path breaking decision. I’m proud of the fact that I’m part of this country,” the 40-year-old says.

While Tusshar is currently busy promoting Golmaal Again right now, he says he won’t be doing any sex comedies for a bit. “I won’t be doing them for now, because the CBFC has become very strict right now. It’s quite against adult comedies. There was a huge audience for it, but there was also negativity around it. So, I don’t think this is the right time,” he explains.

“Also, Laksshya won’t be able to see them till he’s an adult. After he’s an adult, if he doesn’t approve of any film of mine, he has the right to not watch it. Why should base my decision to sign a film or not on him? It’s my career,” he asserted.