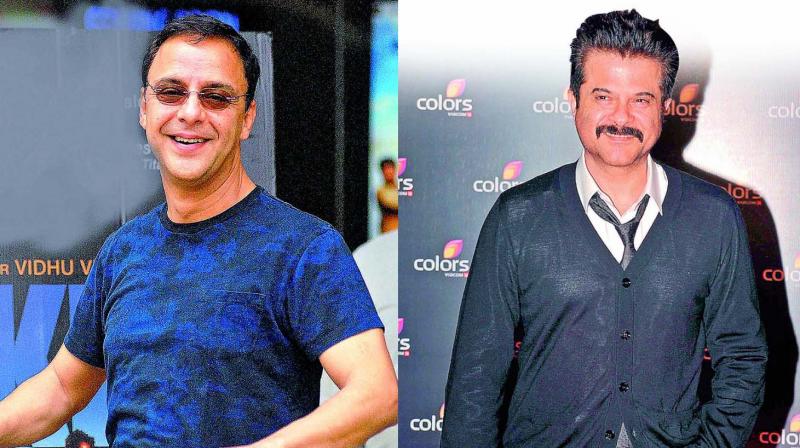 Vidhu Vinod Chopra is excited about his upcoming collaboration with Anil Kapoor, for a movie called Ek Ladki Ko Dekha To Aisa Laga.

The duo had collaborated in the filmmaker’s 1994 movie 1942 — A Love Story in the past. Anil was paired opposite Manisha Koirala, and Jackie Shroff starred in it too. They had earlier worked together in Parinda in 1989 too.

This time around, Anil will be seen alongside his daughter Sonam Kapoor in the movie, which is named after the very popular track from 1942 — A Love Story. Reveals Vidhu, “Ek Ladki Ko Dekha To Aisa Laga is a big project for us, and it’s a great thing that Anil is collaborating with us to make it. In fact, both Anil and Sonam will be part of the cast of the film.”

The maverick filmmaker is also looking forward to his next film production, the Dutt biopic, being directed by Rajkumar Hirani. “The film is being made very well,” he reveals. “I’m pretty excited about it. The best part is that Ranbir Kapoor has done a fabulous job as Sanjay Dutt, and the film is shaping up really well.”
— Sanskriti Media