Entertainment   Bollywood  14 Oct 2019  Hrithik Roshan opens up about his mindset on his characters in Super 30 and WAR
Entertainment, Bollywood 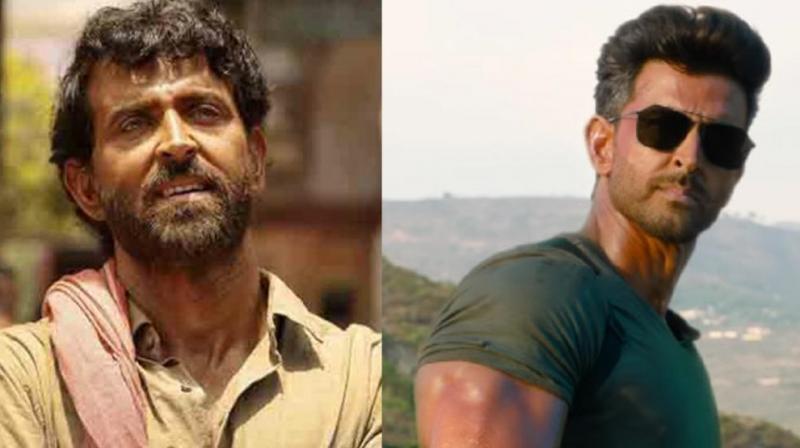 The superstar opened up about how he switched between both his characters, Anand Kumar in Super 30 and Kabir in WAR.

Mumbai: Hrithik Roshan is riding high on the success of his latest film as it is shattering box office numbers. 2019 has been the year of Hrithik Roshan first with Super 30 which was a box office success with critical acclaim and now with WAR.

In a recent interview with a leading magazine, the superstar opened up about how he switched between both his characters, Anand Kumar in Super 30 and Kabir in WAR. He shared his views on how equally both the characters are to him and how he resonates with them on a personal level.

Hrithik said, "When you are playing two completely different characters, there is a major physical and mental shift. Kabir is a part of me. I have intellectualized him in a way and there is a certain composure, confidence and assured stance he has. On the other hand, Anand is a part that I know will stay with me for long. I'm both of them. I just don't know whom do I resonate with better. But I do understand them both."

The actor has been garnering immense love from fans as they have left no stone unturned to show the actor how much they love him and are flooding his social media timelines with congratulatory messages.