The Article 15 actor spent his initial life in the Garden City of Chandigarh and now happens to live in the City of Dreams, Mumbai. 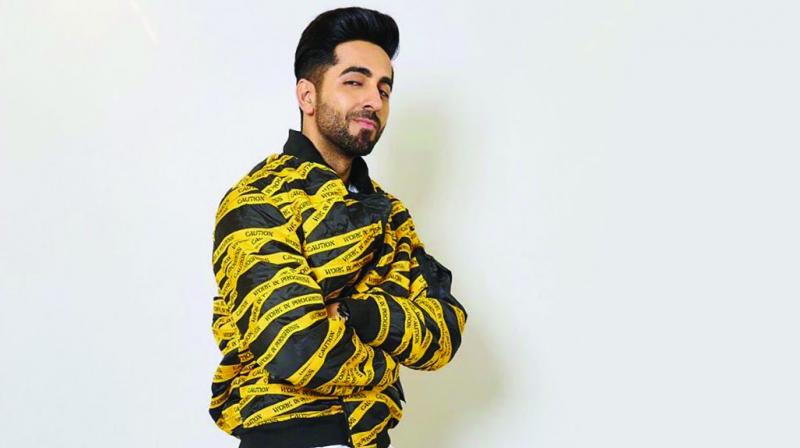 Riding a wave of success, Ayushmann Khurrana recently touched down in the capital. In a candid chat, he talks about his decision to go on a sabbatical, his desire to be behind the cameras, and more.

Lights, camera, and picture this! You have reached a certain age, the spotlight is all yours, and people can often be seen chanting your name at the top of their voice. You may call this your wildest dreams. But dreams, as we know them, come true, and a living example of this is none other than Ayushmann Khurrana, who was recently present in the capital for an event by Daniel Wellington.

The Article 15 actor spent his initial life in the Garden City of Chandigarh and now happens to live in the City of Dreams, Mumbai. He does miss his hometown though, and it turns out that there are some things that even Mumbai cannot replicate. He continues, “Chandigarh is the most green and planned city in the country. I think it’s the planning, architecture, access to the mountains.”

One often wonders that how do people in showbiz manage their glam life along with their family life. It is difficult, to say the least, and in the case of the actor, things are no different. So, Khurrana has decided to take a sabbatical. He continues, “I will probably take a sabbatical for a month or two, but that will not affect the releases of next year.”

He continues, “You need to take a break to analyse yourself, analyse what you are doing, and rediscover yourself - so that you could consume more art. That’s imperative, especially for a creative guy like me.” But despite the break, he will continue to be visible. He reveals, “The audience will not see the absence because I have already done the hard work in the last two years. In the past one year, I have shot four-five films.”

Think you have seen enough in Dream Girl? Hang on, as there is more to come. Bala, for one, is set to hit cinemas later next month. But the important question here is that what is his secret recipe to giving one hit performance after the other. The actor responds, “I do whatever I like on paper and I consume a script as an audience member and not as a star. Probably that’s the mantra that clicks for me.”

Being seven years in the film industry, success doesn’t seem to have fazed him one bit. “In the industry, I’m still learning and evolving. I have seen a lot from the outside where I have interviewed a lot of actors. It gives you a different perspective. You learn from others’ failures and your own.” With Vicky Donor being a massive hit, Khurrana had a major dip but he is “glad” that he identified that dip in the early phase of his career and credits it as the reason for him keeping a stable head.

As if being an actor and a singer weren’t enough, he has also written a book and if he did write another one, he’d title it Ayushmann Bhava. Also, he is upbeat about the possibility of going behind the camera, if given a chance. “I would love to, but I am so occupied with acting and music right now. There is no space to think about it presently, but that is a part of my bucket list for sure.”

On a concluding note, he says that he is living the dream and adds, “Sometimes I wonder,  I am getting paid to do something I love to do.”