Karan Johar was visibly embarrassed when Twinkle Khanna went at him, unabashedly. 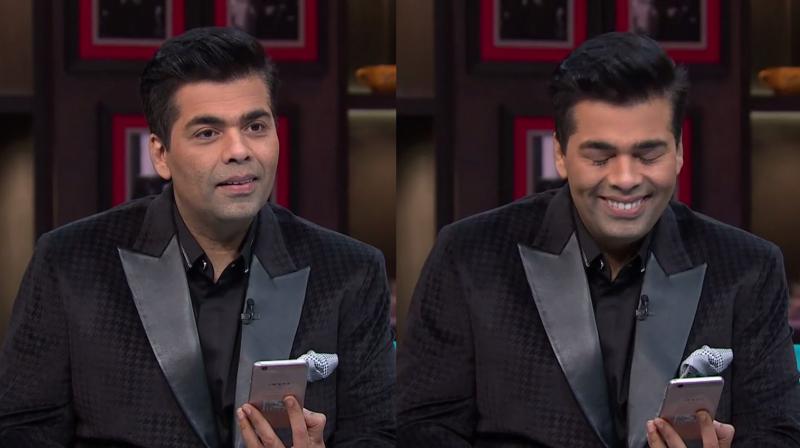 Twinkle was hilariously candid when she appeared on Koffee With Karan with Akshay Kumar.

Mumbai: Twinkle Khanna could just have spilled some sensational gossip without anyone really noticing.

The former actress knows Karan Johar like none other and her wit and ripostes are unparalleled. Hence, her session on the 'Koffee couch' was bound to be explosive.

Twinkle, who's KJo's childhood friend, was accompanied by her superstar husband, Akshay Kumar, who's diametrically different to her - subdued and diplomatic.

During the show's famed Rapid Fire round, Twinkle put light into an aspect of Karan's life that has been doing the rumour mill rounds since a while now.

When quizzed on who she believes is the coolest Khan, she took the opportunity to prod her bff on his alleged 'fondness' for his 'Ae Dil Hai Mushkil' star and Pakistani heartthrob Fawad Khan.

"Why don't you add done more Khan, Fawad Khan, and you answer this question. Who's your favourite?" pat came Twinkle's retort.

A stumped and embarrassed Karan tries to save face, saying, "Moving on, pun intended."

His response gave further credence to the story.

Twinkle Khanna sure does know how to outwit the wittiest of them all and don't we love her for that?!