The model-turned-actress adds that she even picked up swimming just so that she could shoot some of the underwater sequences better. 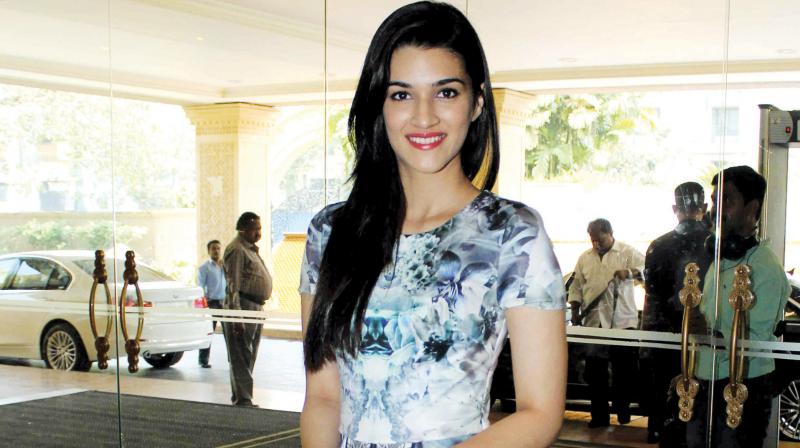 Don’t mess around with Kriti Sanon. She knows how to handle a weapon. The actress, who has been shooting for Dinesh Vijeyan’s  Raabta, shares that she had to pick up a number of skills to play her part convincingly, weapons training being one of them.

“I went through weapons training and horse riding for the role. Acting today is so much more than just facing the camera. I am learning every day. It is an exciting time for me. Am I satisfied with my progress so far? Yes, I think so,” she states.

The model-turned-actress adds that she even picked up swimming just so that she could shoot some of the underwater sequences better. “A portion of the film required me and Sushant  to  go underwater. However, neither of us knew swimming. We learnt how to swim for this role. We could have managed to go underwater without actually knowing how to swim. But we wouldn’t have looked convincing. Being under the sea is about remaining calm. To be calm you need to be confident underwater. And to be confident underwater you’ve to know how to swim,” she shares, adding excitedly, “the film gave me a chance to acquire new skills. The best part of being an actor is the constant exposure to new knowledge and experiences like this.”