Twinkle to become independent producer with Akshay's next film?

Previously, Twinkle has been credited as a co-producer on several films which were produced by Akshay’s banner. 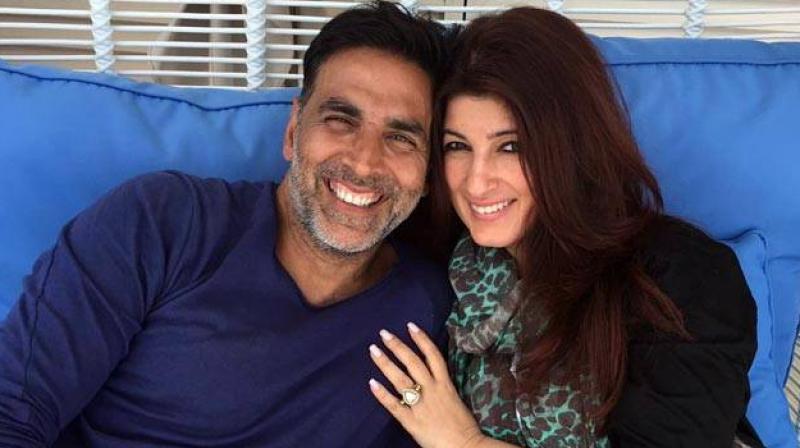 Akshay and Twinkle shared this picture from their recent holiday on Twitter.

Mumbai: Despite quitting the field of acting years ago, Twinkle Khanna still makes headlines for her witty opinion on various issues as was evident in her take on the new rule regarding the National Anthem in India.

The former actress is now a writer too, with two books under her belt, ‘Mrs Funnybones’ and ‘The Legend of Lakshmi Prasad’.

Twinkle is all set to go one step further in the creative world as she is all set to turn producer with her own production house with a film starring her husband Akshay Kumar and directed by R. Balki. According to a report in a leading tabloid, Twinkle has conceptualised the story of the film, which will be further developed by Balki.

Previously, Twinkle has been credited as a co-producer on several films like 'Tees Maar Khan', 'Thank You', 'Patiala House' and 'Holiday: A Soldier is Never Off Duty' which were produced by Akshay’s banner, Hari Om Production. But Twinkle’s new production house, Mrs Funnybones Movies, will be producing this film.

The film reportedly stars Sonam Kapoor and Radhika Apte with Amitabh Bachchan doing a cameo in it and the shooting of the film is set to begin in March next year.