In her letter, the veteran actress said the person was harassing the couple and even threatening them. 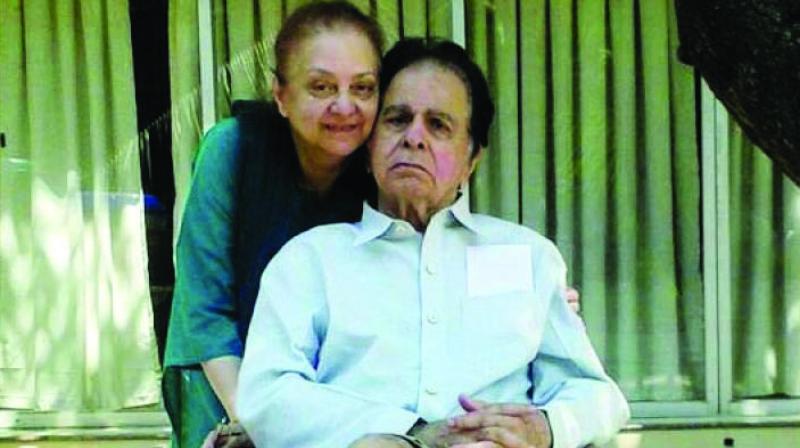 Mumbai: Veteran actor Dilip Kumar and wife Saira Banu got back the keys to their Pali Hill bungalow in September from real estate firm Prajita Developers Pvt Ltd following a Supreme Court order. But barely three months down the line, Saira Banu has written to chief minister Devendra Fadnavis complaining against an influential builder, who has been allegedly harassing the couple for the same property.

In her letter, the veteran actress said the person was harassing the couple and even threatening them. She has requested the CM to intervene in the matter.

A phone call and a text message in this regard sent to Saira Banu by this paper went unanswered. But her letter to the CM was in possession of The Asian Age. The CM confirmed receiving the letter. “She (Saira Banu) met me. I have asked her to lodge a proper complaint,” he replied to a text message.

The letter said that the builder is “unlawfully pressurising and threatening me, my husband and my nephew Mr Raihan Ahmed that he will forcefully evict me and my husband by
using money power and man power.”

The letter further stated: “He has also threatened me and my husband that he will file false affidavit and a frivolous criminal complaint against us to usurp the same property. I say that my husband is 94 years old and I am also 74 years old. My husband and I are in great tension because of constant harassment by the person.”

Dilip Kumar had entered into an agreement with Prajita Developers after the said property became dilapidated. The authorities approved the redevelopment plan for the property in 2008. However, the developer failed to comply with the terms and conditions relating to the development of the property and the dispute went to the Supreme Court. In August 2017, the apex court brought relief for the couple and on September 2017, they got back possession of the property.