Alia and Shahid win big at Filmfare for Udta Punjab!

Apart from Alia and Shahid, their co-star Diljit Dosanjh too won the 'Best Debut Male' for the same. 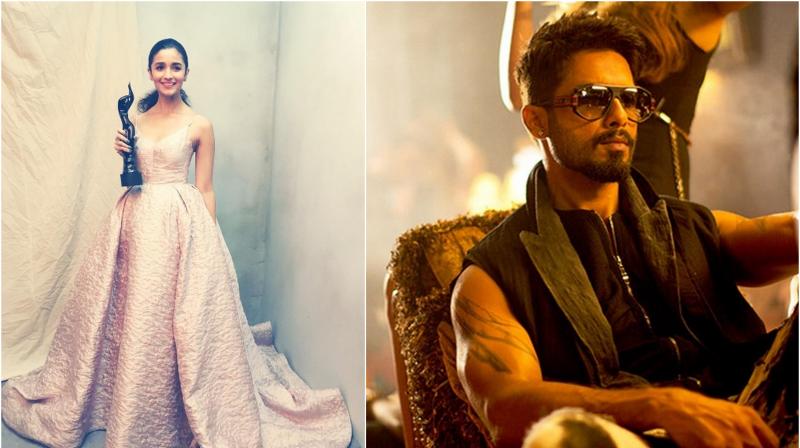 This win was indeed special for the team.

Mumbai: Hard work and a perfect company do pay off well. At least for Shahid Kapoor and Alia Bhatt! The 36-year-old bagged the 'Critics' Award For Best Actor (Male)' at the Filmfare Awards last night, for his much-controversial film ‘Udta Punjab’, whereas his co-star Alia Bhatt took home the ‘Best Actor (Female) award for ‘Udta Punjab’. Diljit Dosanjh too won the 'Best Debut Male' for the same.

It was Shahid’s wife Mira's first award event and while speaking to Filmfare, she said, “I am absolutely excited to be a part of something that is honouring the best performances of the last year. I just hope he wins,” and look, he won!

Shahid on the same note said, “I am the happiest man. I am so happy to be here with Mira and it's a very special Filmfare.”

When Shahid gets the black lady, how can Alia and Diljit be far behind? The very talented 23-year-old princess took home the Black lady, last night, as the Filmfare Award for Best Actor (Female) was bestowed upon her, for 'Udta Punjab.'

This win was indeed special, at least, after all the controversies and hurdles they faced prior 'Udta Punjab' release. This also proves, hard work pays off well!

2016 was anyway great for Alia as, not only in 'Udta Punjab,' she was also fabulous in her other two flicks 'Kapoor and Sons' and 'Dear Zindagi.' On a related note, the actress was personifying elegance in a long flowy-gown, sans accessories, at the award night. After ruling 2016, she will be seen in 'Badrinath Ki Dulhania' and 'Dragon' this year!