My love story was written in all newspapers: Kangana hints at Hrithik row again

The actress' response was to a query about her own love story on the sets of 'India's Next Superstars.' 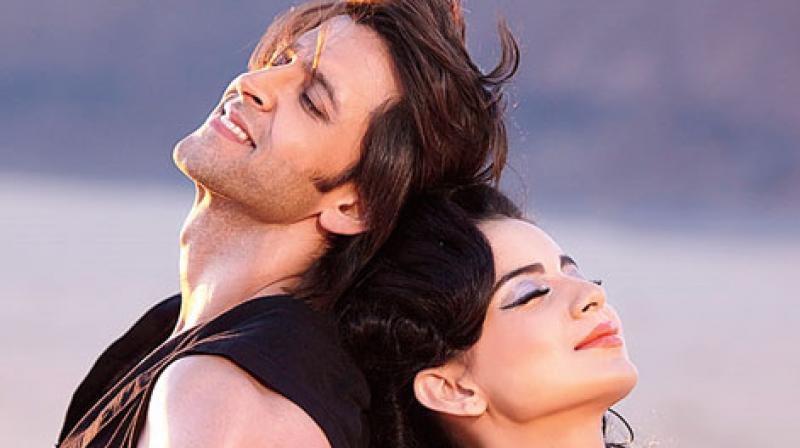 Mumbai: It's been two years since the breaking out of the 'Hrithik Roshan-Kangana Ranaut row' and we still don't know what is the truth or who won the 'battle.'

The fact that the two actors didn’t come face-to-face yet raised eyebrows at the Umang 2018, an event for Mumbai Police, on Saturday, shows that their two-year controversy regarding their 'affair' won’t be forgotten anytime soon.

The actress, who never leaves an opportunity to take a dig at Hrithik and is very prompt with her responses whenever he makes a statement, this time, referred to their affair in a light-hearted way, according to a report in DNA.

Kangana recently made an appearance on Karan Johar and Rohit Shetty’s ‘India’s Next Superstars.’

After a romantic act on stage, Kangana was asked about her own love story, to which she seemed to refer to her controversy with Hrithik, considering the humongous media coverage, saying, “Mere ishq ke kisse toh saare newspapers mein likhe gaye hain (The stories of my affair were written in all newspapers).”

Not just that, Kangana also responded to a query about her marriage plans in her typical outspoken manner, “I don’t know why our society wants women to marry by the age of 30. It is very unfortunate. I am not getting married anytime soon, and I am not even 30.”

The actress showcased her soft and strong side with both the comments, just like her stinging criticism of Karan over nepotism before hugging him at the same event.