The duo was last seen in action thriller 'Dishoom' and have earlier worked together in 'Housefull 2' and 'Race 2'. 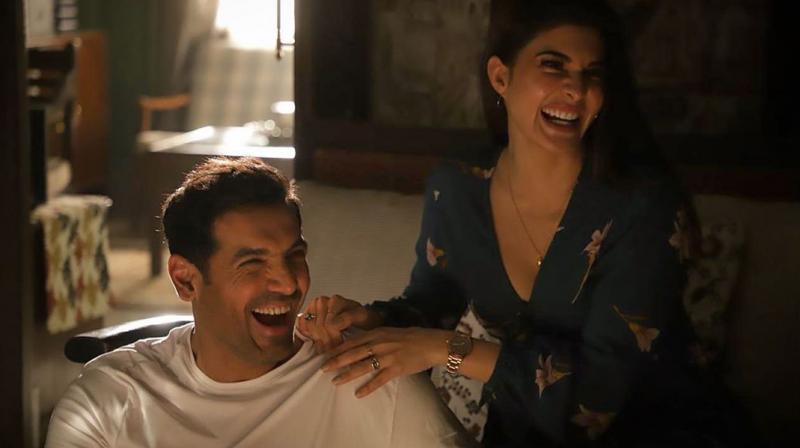 New Delhi: After sharing screen space in three films, actors John Abraham and Jacqueline Fernandez are set to raise the temperatures with their chemistry in the 2020 Independence Day release 'Attack'.

Jacqueline Fernandez announced her reunion with the 'Batla House' actor by sharing a picture with him on her Instagram and dubbing him the "awesomest."

The two actors were seen laughing their hearts out in the picture with sun rays from a window in the background adding to the aesthetics of the capture. "#attack back with the awesomest @thejohnabraham," Fernandez captioned the picture.

#attack back with the awesomest @thejohnabraham 💪🏻💪🏻

The duo was last seen in action thriller 'Dishoom' and have earlier worked together in 'Housefull 2' and 'Race 2'. 'Attack' marks Abraham's third consecutive film to release around Independence Day after 'Satyameva Jayate' and 'Batla House' which were released around the occasion in 2018 and 2019, respectively.