Veere Di Wedding release and Sonam, Anand’s wedding to happen in June together? 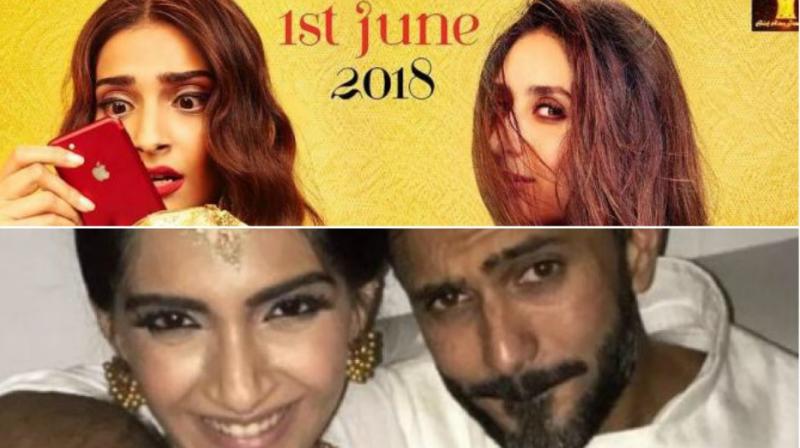 Mumbai: ‘Veere Di Wedding’ seems to bring a different kind of happiness for one of its lead actresses Sonam Kapoor.

Sonam and Kareena Kapoor Khan have been promoting the movie ever since it went on floors. Kareena has especially made news since she shot for the movie while carrying Taimur inside her still.

Sonam, on the other hand, has often been in the news for her own wedding. From March-April, the actress is now reportedly set to tie the knot in June. A source close to the family told Mumbai Mirror that the wedding date now being discussed is June, since the family couldn’t find an appropriate venue in such a short time.