The pressure of biopics

Vicky Kaushal explains why it’s a big responsibility when it comes with playing a public figure on screen. 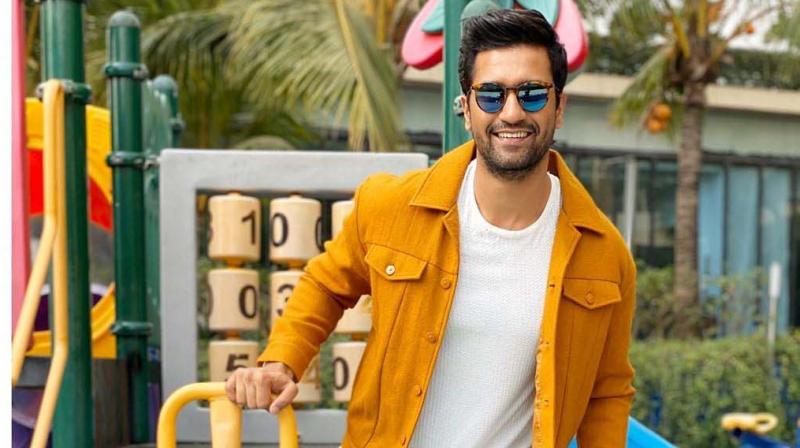 National Award winner Vicky Kaushal is ready to keep you at the edge of your seat with his upcoming film Bhoot Part One: The Haunted Ship, produced by Karan Johar’s Dharma Productions. The film is slated for release on February 21.

Meanwhile, the actor has a slew of films in the works, including a biopic of Uddham Singh, the man who killed the Governor of Punjab in 1940 in response to the Jallianwala Bagh massacre. “I have just returned from the shoot. I have signed a couple of movies, but the announcements are yet to be made. After Uddham Singh, we have Takht to begin with,” Kaushal reveals about his upcoming projects.

Shoojit Sircar, whom Kaushal is in absolute awe of, is directing the Uddham Singh biopic. “Uddham Singh is his dream project. When he came to Mumbai, he had brought this dreamproject with him. The budget of this film is huge, which he could not get back then. Secondly, at that point in time, there were almost five Bhagat Singh biopics being made. So, he had parked the script for the time being. I am happy that it is being made now and I am the part of this film,” smiles the actor, who says that above all, Sircar is a humble man.

“I have got to learn so many things in terms of filmmaking from him. First and foremost, he is such a simple man. He has his own principles and thinking as well. His emotions depend on human values,” he says.

When asked about whether or not biopics are challenging for him, the 31-year-old nods his head in the affirmative. “You have the challenge of fulfilling the responsibilities because you are reprising that individual. People know that individual because you have seen that person or read about him from history. Those liberties of performing get limited as you have to play within those restricted lines only,” he explains, further giving an example of another biopic he is working on.

“I am doing Field Marshal Sam Manekshaw’s biopic, which is a very huge responsibility. He is a very celebrated personality. I received innumerable messages immediately after this was announced. Surprisingly, someone from my building had taken an autograph of Manekshaw and sent that to me, saying that ‘if at all you have to sign him somewhere on reel, then check this one. This is his original signature. People are so interested and keen for everything to be done right. That responsibility is huge. I never knew him much, but after reading the script now, I know him very well. I felt so great,” he elucidates.

Meanwhile, on the personal front, Kaushal has been linked extensively with various actresses, the latest being Katrina Kaif. The actor says that his family is used to the dating and marriage rumours, but they don’t take it too seriously. “My parents, especially my mom, are now used to such rumours. She knows this is a part and parcel of our profession. My mother has been keen to see me married even before she could hear these rumours. Woh toh kab se bol rhai hai shaadi ke liye (She has been talking about it for a long time),” he laughs.

But on a more serious note, the actor hopes for a love marriage one day. “I feel even in an  arranged marriage,on needs time  to fall in love,” he adds. So, any takers?