Entertainment   Bollywood  15 Mar 2019  Aamir Khan announces his next on his birthday
Entertainment, Bollywood

Aamir Khan announces his next on his birthday

Commenting on his look for the film, he revealed that he would be wearing a turban for some parts of the film. 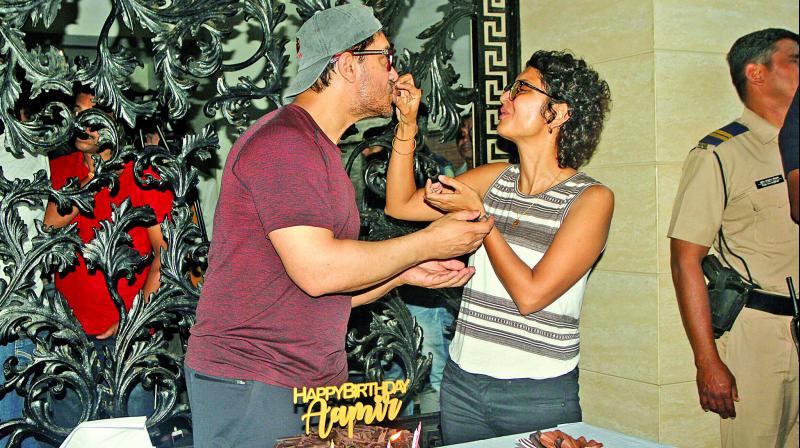 The ace of the Bollywood turned 54 yesterday and he celebrated his birthday with the media, which has become a ritual now, after attending a football match of his son Azad along with wife Kiran Rao. The actor also made an announcement about his next project, which is an adaption of the Oscar-winning film Forrest Gump.

Making the announcement, the filmmaker says, “My next film is finalised. It is called Lal Singh Chaddha and it is being made by Viacom Pictures and Aamir Khan Productions together. It will be directed by Advait Chandan. It is an adaptation of the Hollywood film Forrest Gump. We have bought the rights from Paramount. So, we have Paramount and Viacom with us. I am playing the lead role of Lal Singh. We haven't decided the rest of the cast.”

Sharing more about the project, Aamir says, “We have started the prep work on the film. The shoot will start in October. I will be prepping for six months. I have to lose weight... I will be losing 20 kgs. I have to look lean and slim.”

Tom Hanks’s Forrest Gump is considered to be one of the most iconic films of all time and Aamir Khan has purchased the rights to Robert Zemeckis’ masterpiece. When asked what made him adapt this film, he says, “I have always loved Forrest Gump as a script. It is a wonderful life-affirming story. It is a feel-good film. It is a film for the whole family.”

Commenting on his look for the film, he revealed that he would be wearing a turban for some parts of the film.

When asked if he has any wish to make on his birthday, the actor says that he wishes for everyone to cast their vote in the upcoming Lok Sabha elections. “My birthday wish is... this year is the election year and we have the biggest democracy. So, I urge all the Indians to vote. Vishwa mein sabse bade democracy ka hissa bane (be a part of the biggest democracy in the world) and fulfil their responsibility by voting.”

When Aamir was asked about the status of the biopic on Gulshan Kumar and if he is working on the ambitious Mahabharata project, the actor says that his entire focus is on Lal Singh Chaddha.